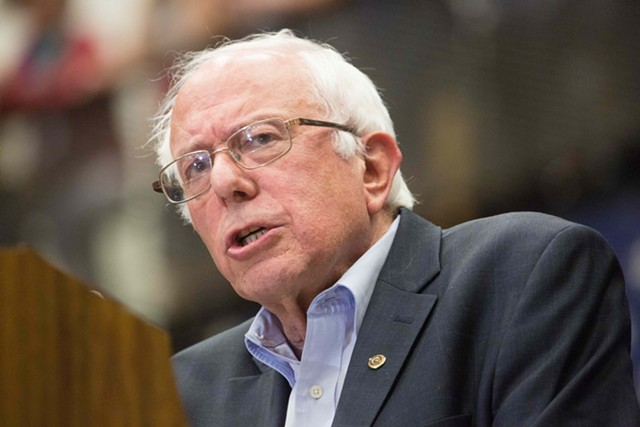 After the House passed the bill on a largely party-line vote of 227 to 203, Sanders and Wyden objected to the inclusion of three provisions with no budgetary impact. In order to approve legislation through the budget reconciliation process — with just 51 votes instead of the usual 60 — senators are barred from considering unrelated policy matters.

The violation of the so-called Byrd Rule will force the Senate to strip those provisions from the bill and vote on a different version than what passed the House. That, in turn, will require a second vote from the House, likely on Wednesday, before the legislation can advance to President Donald Trump's desk.

“In the mad dash to provide tax breaks for their billionaire campaign contributors, our Republican colleagues forgot to comply with the rules of the Senate,” Sanders said Tuesday in a written statement. “We applaud the [Senate] parliamentarian for determining that three provisions in this disastrous bill are in violation of the Byrd rule.”


While the move will delay the bill's final passage, it is unlikely to change any minds. All three members of Vermont's congressional delegation opposed it earlier in the legislative process.


In a floor speech before voting against the bill Tuesday, Rep. Peter Welch (D-Vt.) slammed it as a giveaway to corporations and wealthy Americans at the expense of middle-class and low-income taxpayers.


“There is some benefit in this bill for the middle class, but let’s get real: Those benefits are tiny and they’re temporary,” Welch said, adding that most of the long-term gains would benefit the top 1 percent of earners.


In his own statement Tuesday, Sen. Patrick Leahy (D-Vt.) criticized the legislation, which he said is “loaded with last-minute special interest giveaways.”


Leahy blamed the bill's flaws on Republican efforts to rush it through Congress.


“No hearings were ever held on this bill, denying the American people an opportunity to add their voices to the debate,” Leahy said. “When the Senate voted on its version of this bill in the dead of night, Senators only received the text a few hours before the vote — and even then, the text was hastily put together, with scribbles written into the margins.”


The House is expected to vote on a revised version of the tax overhaul Wednesday. Kate Hamilton, a spokesperson for Welch, said he plans to vote against the bill again.