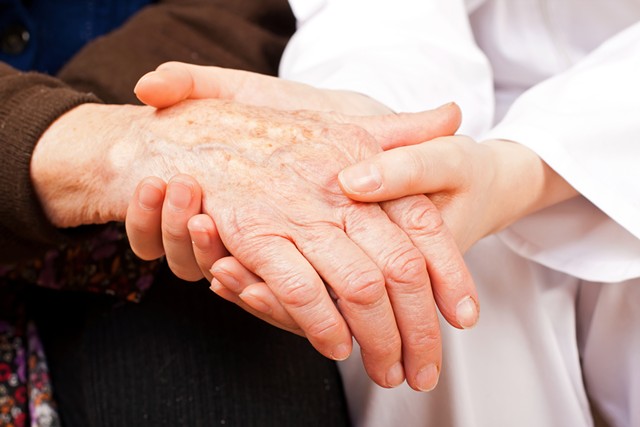 Twenty-nine terminally ill Vermonters have ended their own lives with help from a doctor in the more than four years since the state legalized the practice, according to a new report from the state Department of Health.

The report covers all cases between May 31, 2013 and June 30, 2017, and includes information about the terminal diagnoses patients had in order to qualify for a life-ending prescription.


According to the department, there were 52 cases in which patients met the requirements for physician-assisted suicide during that period. In 43 of those cases, cancer was the terminal diagnosis. Another seven were related to amyotrophic lateral sclerosis, or ALS, and two cases involved another diagnosis.

Forty-eight of the 52 now have death certificates on file with the state.

In 29 of those deaths, or 60 percent, the patient died after ingesting the life-ending prescription from their doctor. Another 17 people died from the underlying terminal illness, and two died from other causes.

When the state first allowed physician-assisted suicide in 2013, it did not require that doctors or officials keep track of how many people legally ended their own lives. Elements of the law, initially set to expire, were made permanent in 2015, at which point the legislature mandated new reporting standards. Starting in 2018, the Department of Health will be required to issue biennial reports documenting use of the law.


Several of the deaths enumerated in the new report have previously been publicized: Annette Vachon, a 64-year-old lung cancer patient from Johnson, was the first to use the law to hasten her death in October 2014. Maggie Lake, a 60-year-old Putney resident who suffered from non-Hodgkin's lymphoma, became the third to do so, in January 2015.


In his farewell address before leaving office in January 2017, former governor Peter Shumlin disclosed that his own father, George Shumlin, used the law to end his life. The elder Shumlin had esophageal cancer when he took lethal drugs prescribed by his doctor in April 2014.

View the full Vermont Department of Health report below.