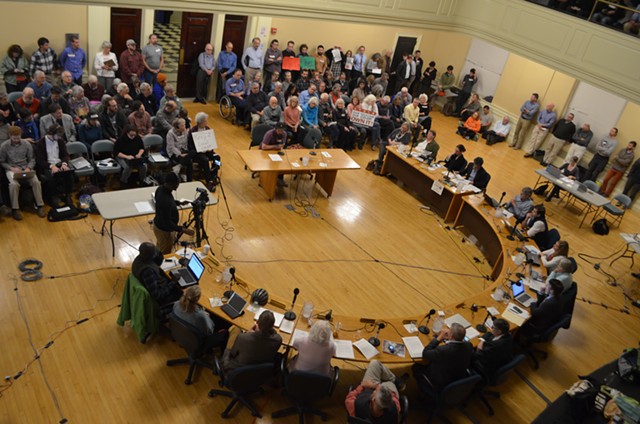 The Burlington City Council will once again delay a decision on the Burlington Telecom sale by postponing a final vote on the buyer's bid.

Councilors were scheduled to approve a $30.8 million purchase and sale agreement with Schurz Communications and ZRF Partners this Monday. Instead, councilors will meet in executive session at the December 18 meeting so they can clarify details of the deal, according to council president Jane Knodell (P-Central District).

Afterwards, the council will release the purchase and sale agreement, which it now expects to vote on at a December 27 meeting. Knodell would not say what questions remain about the bid, though she did say they'd be made public once the proposal is released.

The sale process has included multiple delays and postponements; it was originally scheduled to be completed in July. Since September, the tangled process included a councilor's recusal, one bidder's conflict of interest, a failed joint venture, along with a flurry of criticism from councilors and the public alike.

The council voted to select the joint Schurz/ZRF bid in the early morning hours of November 28.

Since then, Mayor Miro Weinberger has been negotiating with Schurz CEO Todd Schurz to nail down the terms of the final agreement. On December 11, the council asked Schurz questions and discussed details of the contract in executive session; this Monday will feature yet another round behind closed doors.

If the sale isn't completed by the end of the year, the city's portion of the net proceeds decreases from 50 to 35 percent.

Knodell said she's "not really concerned" about the possibility of additional delays and lost revenues. "I think things are going well and we're working through [remaining issues]," she said.