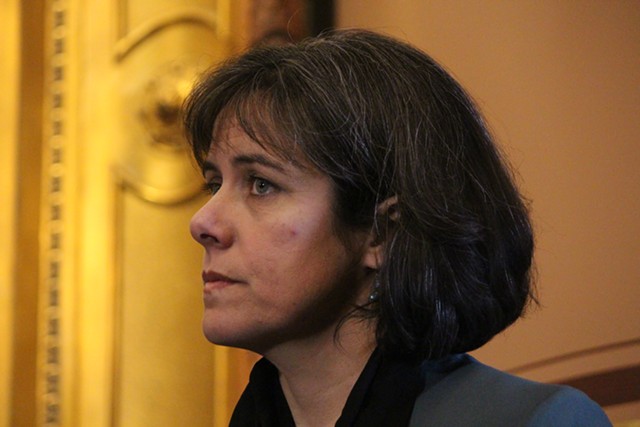 House Speaker Mitzi Johnson (D-South Hero) on Thursday condemned the “name-calling” of a Twitter account that purports to represent her fellow House Democrats.

Johnson did not respond to a request for comment Tuesday. But after an unrelated press conference Thursday, she told reporters, “I don’t approve of the language that was used. I don’t approve of that kind of tone. It’s not how I choose to operate, and I called the party and let them know.”

She said she spoke with the party’s executive director, Conor Casey, informing him, “I don’t want to be in any way connected with that kind of name-calling.”

Casey appears to have gotten the message, although he's not striking a particularly repentant tone.

“We’ll tone down the Twitter account,” he said when asked about Johnson's phone call. But the party leader then went on to defend his staff members, arguing that they have good reason to be “frustrated” with Vermont Republicans, who, in their view, have failed to take a stand against racism.