Congressman Welch Votes Against Attempt to Impeach Trump | Off Message 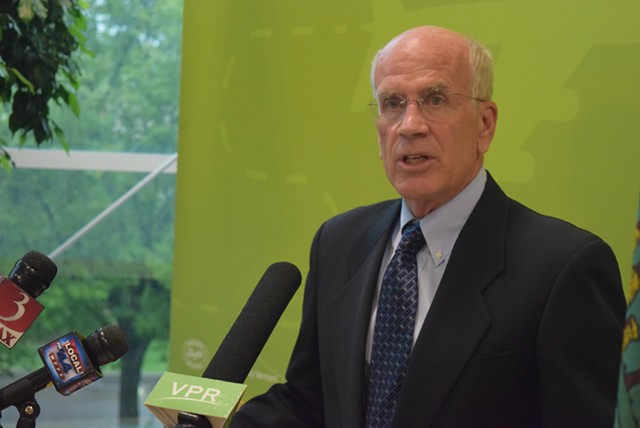 Fifty-eight Democrats voted to debate Rep. Al Green’s (D-Texas) motion to file articles of impeachment, but Welch was one of 126 Democrats who joined Republicans in killing the motion.

Green's impeachment resolution accused Trump of inciting hatred and associating the presidency with white nationalism, among other alleged offenses.

During an interview after the vote, Welch described Trump’s behavior as “appalling” but maintained that trying to impeach him would “undercut” special counsel Robert Mueller’s ongoing investigation into possible ties between the Trump presidential campaign and Russian operatives.

“My view is that he has to be held accountable and the question is how best to do that,” Welch said of Trump. “The best way, I believe, to hold him accountable is to support a continuing and aggressive investigation by Mr. Mueller.”

Welch refused to say whether he believes Trump has committed impeachable offenses. He instead emphasized the political headwinds that an impeachment attempt would encounter in a Republican-controlled Congress.

Why not at least debate it on the House floor?

“In my judgment, there’s a price you would pay if the forum were seen as totally political,” Welch said.