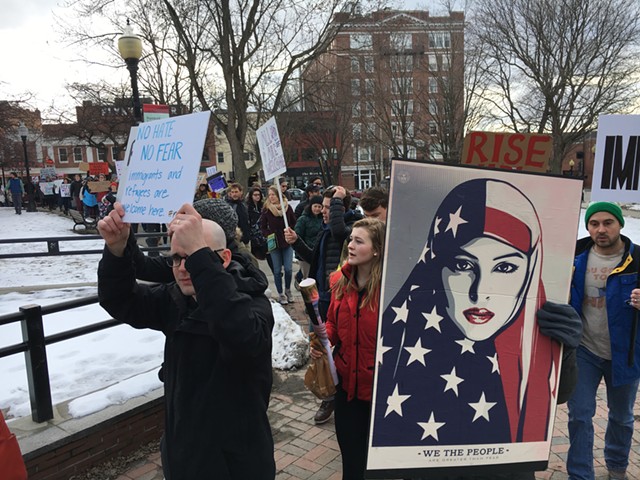 Last week, the U.S Justice Department sent letters to 29 local and state governments, including Vermont and Burlington, threatening to withhold federal funds for failing to carry out its immigration directives. It gave them a December 8 deadline to prove they aren't breaking federal law.

Vermont stands to lose about $500,000; Burlington could lose $40,000. The letters provoked an immediate outcry from the state's congressional delegation, Gov. Phil Scott and Burlington Mayor Miro Weinberger, who maintain that the city's and state's policing policies are perfectly legal.

U.S. District Court Judge William Orrick came to a similar conclusion Monday in a California court case, ruling that the Trump Administration had violated the separation of powers doctrine in the Fifth and Tenth Amendments by attempting to strip sanctuary cities of funding.

In a statement released Tuesday, Sen. Patrick Leahy (D-Vt.) said, "This decision makes clear that it is an affront to our government’s fundamental separation of powers for the Trump Administration to retaliate against states and localities that refuse to bow to its xenophobic, anti-immigrant agenda."

The Trump Administration could still appeal the ruling to the Supreme Court, and Vermont officials aren't taking their chances in the meantime.

"This court ruling confirms Governor Scott’s assertion that this is a states’ rights issue, so he is pleased to see states’ rights upheld by this ruling," Scott's communications director, Rebecca Kelley, wrote in an email.

But she also noted that the state will still respond to the Justice Department by December 8 because "we feel confident that our policies are compliant with federal law and we want to do our due diligence in protecting these funds, regardless of the court ruling."

Weinberger said he's "encouraged" by the ruling, but the city, too, will submit a response by the deadline.