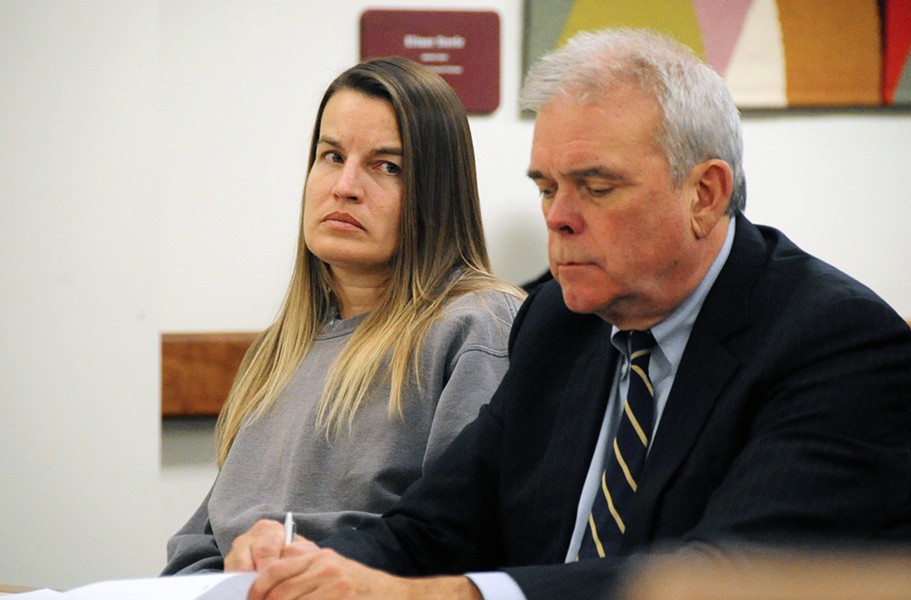 Washington County State's Attorney Scott Williams made a last-minute legal maneuver to avoid having to testify at a sentencing hearing Tuesday about the murder of a state social worker. That comes a week after a Seven Days story questioned a key detail in published accounts about Williams' heroic response to the shooting.

Williams was slated to take the witness stand on the second day of Jody Herring's sentencing hearing in Washington Superior Court. Herring's defense attorneys had subpoenaed him to testify.

But at the last minute, Williams filed a motion to quash the subpoena and avoid testifying.

Lawyers and Judge John Pacht retreated behind closed doors to discuss the motion. When they came back into the courtroom, Pacht, citing "reasons that implicate privacy and confidentiality concerns," temporarily granted Williams' request. The judge made additional reference to "Mr. Williams' circumstances at this point" and agreed to seal related documents.

Herring's attorney, David Sleigh, objected to the decision to seal that information.

Though the courthouse is in the same building as his office, Williams did not appear. He retained an attorney, Brad Stetler, to act on his behalf. Stetler and Williams did not immediately respond to requests for comment after the hearing.

A secretary in Williams' office said he is out all week. She referred questions about Williams to John Campbell, executive director of the Department of State's Attorneys and Sheriffs. Campbell did not respond to a request for comment late yesterday.

Herring shot DCF worker Lara Sobel, 48, in downtown Barre as revenge for DCF taking custody of her 9-year-old daughter. Hours later, police discovered that she had murdered three of her own family members — her aunt, Julie Falzarano, and cousins Regina Herring and Rhonda Herring — at a home in Berlin. Herring also blamed them for DCF taking her daughter.

Numerous media stories, along with the citation of a national heroism award that Williams accepted, said that Williams rushed toward the gunfire and then grabbed a rifle away from Herring as she stood by a bleeding Sobel. However, documents indicate the rifle was already on the ground and that Herring had effectively surrendered by the time Williams arrived. When asked about the discrepancy, Williams recently told Seven Days that he cannot remember that detail.

Herring's legal team wound down testimony on her behalf Tuesday. They have not made a specific request for her sentence, but are seeking to avoid having her sentenced to life without the possibility of parole. Herring pleaded guilty in July to one count of first-degree murder and three counts of second-degree murder.

Earlier in the day, psychiatrist Renee Sorrentino, hired by the defense, said that Herring suffered from severe anxiety disorder and experienced paranoid delusions. Additionally, Sorrentino testified that Herring abused opiates and was improperly prescribed an unnecessarily large amount of Percocet.

Herring never received proper mental health treatment that might have helped, Sorrentino said. "She would continue to have trust issues with treatment, [but] they wouldn't be as extreme and rise to the level of paranoia she experienced."

Herring's brother Dwayne Herring, with whom she was close, also testified. As other witnesses did Monday, he gave accounts of the brutal home environment he and Jody Herring experienced as children, which included severe abuse, the violent death of their father and a brief spell of homelessness.

The sentencing hearing, which has drawn a few dozen onlookers and a large media crowd, is expected to conclude on Wednesday.