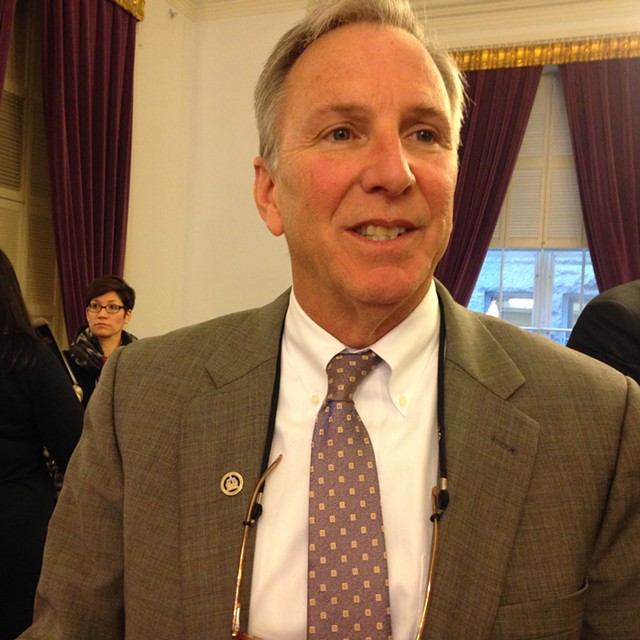 "You are going to see more fatalities on the roadways," Anderson said at a Statehouse meeting of the Marijuana Advisory Commission.

His conclusion came as part of a report he gave to the legislative panel in his role as chair of its highway safety subcommittee. Health Commissioner Mark Levine, another subcommittee chair, also presented Tuesday.

The commission is tasked with reporting back to the legislature with its findings in January.

Legalization of recreational marijuana has been heavily debated in Vermont. A measure passed both the House and Senate earlier this year before Gov. Phil Scott vetoed the bill.

He instead established the Marijuana Advisory Commission to gather and analyze research on various aspects of pot use, including its impact on driving, health, taxes and crime.

Anderson presented some analysis on crash data and marijuana use. As of October 23, at least 11 drivers involved in fatal Vermont wrecks this year tested positive for marijuana, he said. Some of those drivers also had alcohol in his or her system.

Anderson said that Vermont data also show that drivers under the influence of marijuana have been involved in more crashes since the state decriminalized the possession of small amounts of weed in 2013.

His subcommittee, though, had trouble researching the impact of marijuana legalization on crime. "It's not an area where we have great data," Anderson conceded.

Levine, who chairs the education and prevention subcommittee, said there is moderate evidence to suggest that cannabis use is associated with impaired academic achievement. There's also evidence that it is associated with development of "acute psychosis" in some users, he said. Frequency of use, and age of the user, is a factor in such associations, the studies showed.

Levine also presented Vermont Health Department data on marijuana-related emergency room visits, which increased from 368 in 2011, to 741 in 2015.

But many questions about cannabis can't be fully answered because the drug has only been legalized in a few states, Levine said. The federal government considers marijuana a Schedule I drug, meaning its scientific study has been severely hindered.

Bias, mistaken conclusions about cause and effect, and unrepresentative samples are other problems. Still, Levine cited several studies as "authoritative" and included new data released as recently as last week.

One question of interest for many is whether marijuana would help opioid-addicted people. But Levine concluded that there is no solid evidence that marijuana use blunts the risk of fatal overdoses, as some have suggested. There are too many studies "on both sides of the fence" to come to a firm conclusion on the issue, Levine said.

Several members of the committee asked questions about the details and reliability of the research. Assembling as much information as possible will help lawmakers as the debate around pot ramps up during the coming legislative session, said Rep. Ann Pugh (D-South Burlington).

"I'm trying to make sense of the data," Pugh told Seven Days after the meeting. She has supported legalizing medical — but not recreational — marijuana.

The Marijuana Advisory Commission made no recommendations on Tuesday.