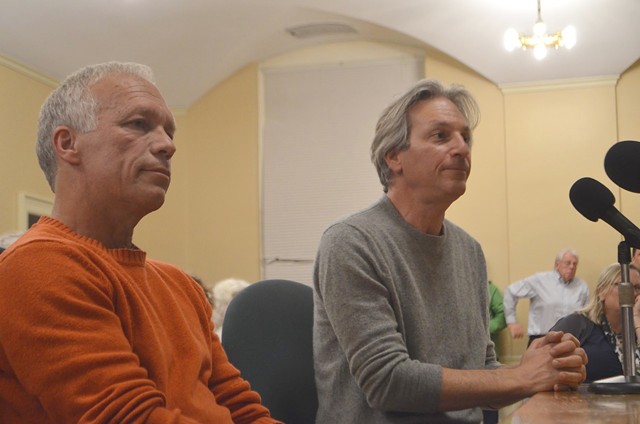 The two finalists seeking to buy Burlington Telecom were unable to reach a deal by their 5 p.m. Friday deadline, meaning two eliminated bidders will be re-admitted to the process.

The Toronto-based Tucows — which runs a mobile and internet division called Ting — and the co-op Keep BT Local have been negotiating since Tuesday, trying to reach a compromise agreement that would allow them to jointly run BT. But at about 4 p.m. Friday, KBTL board member David Lansky sent an email to Mayor Miro Weinberger and the city council announcing that it was not to be.

"We had a series of good meetings with Elliot Noss and Monica Webb about how Ting and KBTL might be able to work together to purchase and operate BT," Lansky wrote, referring to Tucows' CEO Noss and Webb, its head of market development and government affairs. "Throughout these meetings we experienced the Ting representatives as generous with their time, thoughtful, sincere, respectful, and open to discussion and consideration of a broad collection of options. We were unable to reach agreement on a way to work together that is acceptable to both parties."

Negotiations between the two bidders have fallen through for good, City Council President Jane Knodell (P-Central District) confirmed on Friday afternoon. The council will now invite back two bidders: Schurz Communications, which the council eliminated in an October 16 vote, and ZRF Partners, which left the process in September after concerns about a potential conflict of interest.

Last Monday, the council twice evenly split with a 6-6 vote in trying to chose either the co-op or Tucows. A compromise measure instructed the two bidders to put forward a joint proposal by Friday afternoon. If no deal was reached, the measure promised to open the process back up to the four finalists.

On Friday evening, Weinberger sent out a statement that lauded the efforts of both sides and thanked former Burlington mayor Peter Clavelle for helping with negotiations.

"While I am disappointed that a Ting proposal to allow the co-op to own up to 20 percent of the new Burlington Telecom — in addition to the previously negotiated City ownership interest — narrowly failed to secure KBTL board approval, the effort speaks well of both organizations," Weinberger said.

In an interview with Seven Days, Lansky would not specify the sticking points in the negotiations. "We tried to do something incredibly ambitious — form a collaboration between two organizations that have very different structures, histories, cultures — in five days," he said. "There's no one to blame. There are no bad people here."

Lansky would not completely rule out returning to the negotiating table with Tucows at some point. "I don't want to close the door on anything," he said. "Until there's a closed deal, everything is possible."
The council will review updated bids and is scheduled to make a final decision on Monday, November 27.