A woman who murdered a Department for Children and Families caseworker and three others in 2015 was "erroneously" released from inpatient psychiatric care at Rutland Regional Medical Center weeks before the killings, her attorney alleges in a document filed in Washington Superior Court.

Two months before the murders, Jody Herring was deemed a "threat to herself and others," and a psychiatrist recommended that she spend 90 days undergoing involuntary psychiatric treatment. But she was released from the hospital after less than a week in what her attorney calls a "failure" of the mental health system.

On what would have been day 68 of a 90-day hospital stay, Herring gunned down DCF worker Lara Sobel in downtown Barre. Three of her own relatives — her aunt, Julie Falzarano, and cousins Regina Herring and Rhonda Herring — were later found shot to death in Berlin.

"If Rutland Regional Medical Center and the Vermont Attorney General's Office had done the right thing, Jody Herring would have been locked up involuntarily in a psychiatric facility, in Rutland, Vermont, on [the day of the killings]," her attorney, David Sleigh, wrote in a sentencing memorandum filed in Washington Superior Court. "These four tragic and unnecessary deaths are the result of one the biggest failures of the mental health system in the state of Vermont's history."

In July, Herring pleaded guilty to first-degree murder and three counts of second-degree murder. Facing life in prison, she is scheduled to be sentenced next week in Washington Superior Court. The hearing is set to commence Monday, and could last several days. 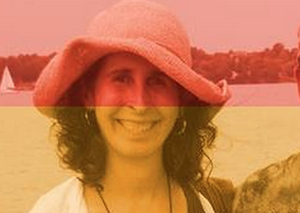 Sleigh's allegations, which have never been publicly disclosed, come at a time when Vermont's mental health system is already under fire for allegedly failing to look after dangerous people.

In October, a Burlington man allegedly hacked his wife to death with a meat cleaver in broad daylight. Aita Gurung had been voluntarily treated at the University of Vermont Medical Center for mental health issues, but the hospital released him hours before the attack, Burlington Police Chief Brandon del Pozo told reporters. Gov. Phil Scott said he is considering changing standards for involuntarily holding mentally ill people in the wake of that incident.

Additionally, Burlington police and Mayor Miro Weinberger have raised concerns that some repeat offenders in Burlington are not receiving adequate treatment after they are arrested.

In the aftermath of Sobel's slaying outside her DCF office, lawmakers and officials sought to bolster security for some state employees. Herring now argues that mental health system failures helped to set the stage for the killings.

On May 24, 2015, EMTs broke down the door to Herring's Barre apartment after her cousins called to report that Herring was suicidal. Herring suffered from anxiety disorder. She endured a brutal life that included physical abuse, rape, seizures, work as an exotic dancer, drug addiction and other medical health woes, according to Sleigh's memo. Recently, she had been despondent when DCF, with Sobel in the lead, sought to take her 9-year-old daughter from her.

EMTs found Herring sitting alone on her bed "bereft and destitute, surrounded by empty pill bottles and photos of her children," Sleigh wrote. She was taken to Central Vermont Medical Center in Berlin.

A screener from Washington County Mental Health, Talaia Thomas, was called to the hospital to perform a preliminary evaluation of Herring. She determined that Herring was a threat to herself and others, the first legal hurdle to ordering psychiatric treatment, according to Sleigh.

Jesse Ritvo, a psychiatrist, then evaluated Herring. Ritvo determined that Herring should be held involuntarily for 90 days for evaluation and treatment, saying she was "mentally ill, [and] poses a danger of harm to self and others."

Herring was taken to Rutland Regional Medical Center, which has inpatient psychiatric beds as part of the Department of Mental Health's treatment network. Herring was placed on an involuntary three-day "hold." By state law, after three days, authorities must seek a judge's permission to formally extend the stay to 90 days.

But Rutland Regional Medical Center released Herring on May 29, according to Sleigh, and no hearing was held. The hospital did so, Sleigh alleges, in an attempt to "cover up" two errors for which it was liable.

First, hospital officials told a family court judge presiding over Herring's daughter's DCF case about Herring's admission into the psychiatric ward, even though Herring had denied her consent to share the information, Sleigh wrote. Secondly, a man broke into Herring's locked room on the secure floor of the hospital's psychiatric ward and attempted to get into bed with her.

"In an effort to silence Jody Herring's protestations, about how her rights had in fact been violated, and a man had gotten into her room, the hospital simply let her go home," Sleigh wrote.

Acting in conjunction with the hospital, the Attorney General's Office dismissed the commitment procedure, Sleigh wrote.

"Today, Jody Herring wishes that they had not released her from the psychiatric hospital on May 29, 2015," Sleigh wrote. "Working backwards from that awful fateful day, we are now able to see how this horrific psychotic break occurred. Jody knows that she should have been held involuntarily. She now has to live with the fact that she perpetuated the same horror, and grief and loss that she endured."