ACLU Sues to Protect Homeless Encampments in Burlington | Off Message

The American Civil Liberties Union of Vermont is seeking to stop Burlington's plan to evict three people from a homeless encampment along North Avenue. ACLU attorney Jay Diaz filed a class action lawsuit on Friday morning against the city of Burlington.

A judge later on Friday issued a temporary restraining order that allows the campers to stay until the case is settled.

The city has given the campers until Monday to leave; they can face prosecution or fines if they do not, Diaz said.

The 311 North Avenue encampment, located in the woods near the Stone House, is being dismantled for "environmental impact reasons," said Police Chief Brandon del Pozo. 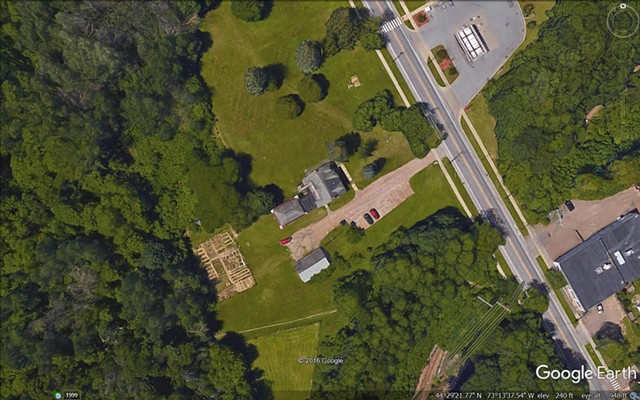 Currently, there are three residents staying in the woods behind 311 North Avenue — Brian Croteau, Larry Priest and Richard Pursell, and each is a plaintiff in the suit. All three have been camping at the location for several months, according to a news release issued by the ACLU. One them, Croteau, a native Burlingtonian, has been homeless since August 2016. Croteau slept in his car until the city towed the vehicle last February, and he didn't have the money to pay the fee to retrieve the car, the release said.

The ACLU has argued that removing individuals from an encampment or threatening to seize property when shelters are full constitutes cruel and unusual punishment. The class action lawsuit also extends to "all other similarly situated class members."

"If there was shelter, then people don’t have a right necessarily to be on public land. This isn’t the case here," Diaz said. All three plaintiffs have been seeking shelter in the past months, he added.

City attorney Eileen Blackwood said the city isn't forcing homeless campers to move in most cases, as long as there aren't safety or other concerns. The North Avenue property, she said, is environmentally sensitive.

On October 6, the ACLU wrote a letter to Mayor Miro Weinberger and del Pozo saying that dismantling the encampments without due process would violate the constitutional rights of those who stay there.

The ACLU did not receive a response to the letter, Diaz said.

"The city has simply ignored our letter, our concerns … and our citations to what other cities are doing," Diaz said. "It’s time for the city to stand up and take action to protect its citizens."