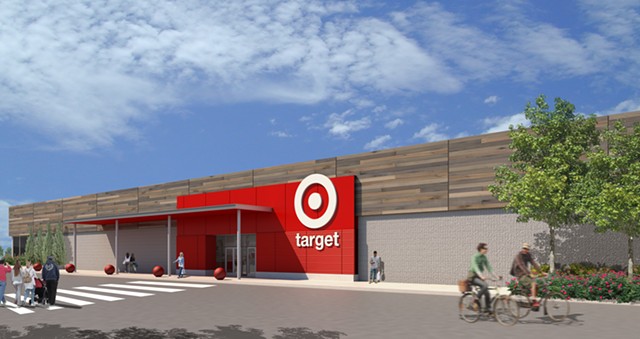 Target has announced plans to open a store in South Burlington's University Mall — the company's first location in Vermont.

The store is expected to open in October 2018 and will employ about 75 people, according to a press release issued by the company. Vermont is the final state in the union without a Target, which has stores in Plattsburgh, N.Y., and Keene, N.H.

The venue will offer clothing, home supplies, health and beauty products, and even groceries, the company announced. That will bring a new competitor to the intensifying local grocery war that Seven Days recently reported.

"Our expansion to the Green Mountain State is long overdue and we are thrilled to meet our newest neighbors and community when our South Burlington store opens in 2018," said Mark Schindele, senior vice president for the company.

While Target has signed a lease for 60,000 square feet of space, the company said the store will be a "small-format" version of Target.