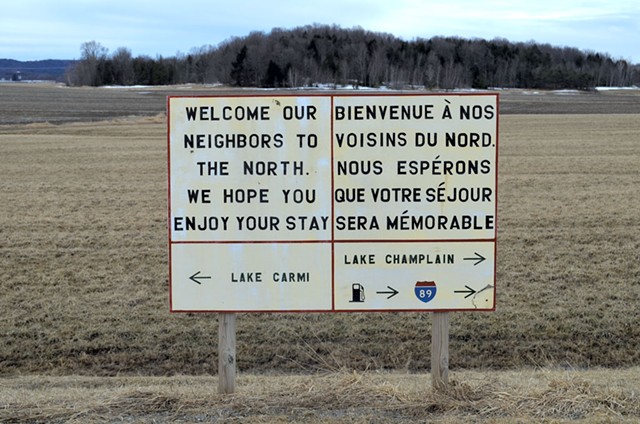 Perez-Alvarado was arrested, as were two Mexican men: Noe Perez-Ramirez and Alberto Alvarado-Castro, both of whom were charged with attempting to reenter the country after having been previously deported. Authorities said Alvarado-Castro had several prior felony burglary convictions in the U.S.

All three appeared in U.S. District Court in Burlington on Tuesday and did not oppose prosecutors' requests to hold them in prison pending trial.

Around 6:30 p.m. Saturday, agents noticed a Nissan van making multiple trips from Beebe Road — which runs into the Canadian border — to the Four Seasons Motel in Derby. Agents followed the van from the motel toward the border. Simultaneously, another agent stationed in the woods at the border heard several people running. Agents later saw five men walking down Beebe Road with cellphones.

Just after midnight on Sunday, Border Patrol agents pulled the van over and questioned Perez-Alvarado, who they determined had no legal status in the U.S. The same was true for the van's six passengers, authorities said.

Perez-Alvarado gave agents the keys to his motel room at the Four Seasons and asked them to retrieve his personal belongings. Inside the room, agents found nine other people who did not have legal status in the U.S. One of them was eight months pregnant, according to an agent's affidavit.