The co-op's $12 million bid is doomed by legal, financial and regulatory concerns, and is inferior to the $27.5 million offer from Ting and the $30.8 million put up by Schurz Communications, the mayor said at a press conference in his City Hall office.
Weinberger voiced his opinion loud and clear several days before the City Council holds a key vote Monday to narrow the field from three to two finalists.

"Fundamentally, at this point, the KBTL proposal is not viable," Weinberger said.

According to Weinberger, Citibank, which is owed proceeds from the sale, has implied that it could sue if the city accepts the co-op's low bid.

He instead emphasized the positives found in the other two. Both proposals include a pledge to build out the system so that it can reach portions of the city where service is not now available. Both also are committed to strong privacy policies, net neutrality and to having an office and "major staff presence" in the Queen City, Weinberger said.

He urged councilors to accept both the Schurz and Ting bids so that city officials can do a final blitz of negotiations with the two outfits.

"Ultimately, accepting either will result in big wins for Burlington Telecom customers, taxpayers and the city itself," Weinberger said. 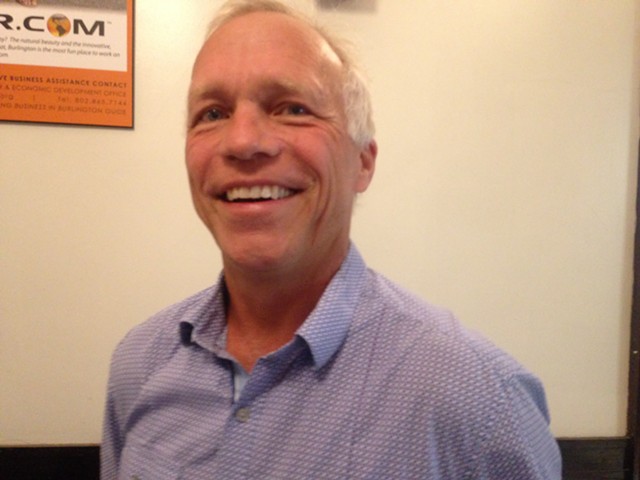 Alan Matson, the KBTL board chair, attended the mayor's press conference and listened quietly from the back of the room. Afterward, he said the group would continue to seek council support leading up to Monday's vote. Weinberger's recommendation doesn't help the co-op's bid — but is not necessarily its death knell, Matson said.

"He's one voice in this process," Matson said of Weinberger.

Matson remains convinced that the co-op could clear any regulatory or legal hurdles. The real value of the co-op's offer is in the benefits to members down the road, he said. The control and BT proceeds would go to the cooperative member-subscribers, not an out-of-state corporate group, Matson said.

Weinberger on Tuesday repeatedly thanked the co-op group for its involvement and said it made the bidding process better. But Matson said that while he appreciated the mayor's words, he wished his support had gone further.

"It's a little bit like taking your cousin to the prom," Matson said. "You're there but ... you're still not quite where you want to be."