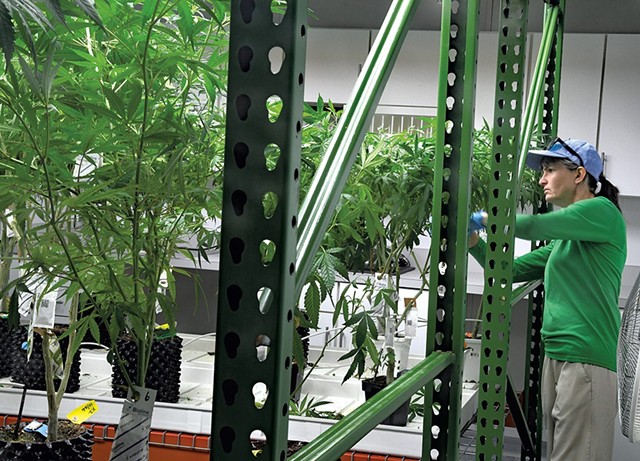 The Vermont Department of Public Safety on Friday approved a license for the state's fifth medical marijuana operation, which plans to open dispensaries in Bennington and St. Albans.

PhytoScience Institute, led by University of Vermont professor William Cats-Baril, beat out four other applicants vying for a state license. For the last two years, the Waterbury-based Institute has offered consulting services and conducted testing and research on marijuana products.

While Gov. Phil Scott vetoed the Vermont legislature’s attempt to legalize marijuana last session, he did sign a bill that allows for a fifth state medical marijuana dispensary license.* The legislation also permits each of the five licensees to operate a satellite location.

Vermont currently has dispensaries in Burlington, Montpelier, Brandon and Brattleboro, and there were 4,609 registered medical marijuana patients as of late August, according to the DPS.

Cats-Baril said he plans to open the Bennington dispensary at 345 Elm Street before the end of the year; he’s still scouting locations in St. Albans but hopes to be operating there within six months. PhytoScience Institute will need to secure zoning permits from both towns.

The professor anticipates that each operation will serve about 500 patients but noted that those numbers could increase. “There’s a possibility that people who are actually eligible have not applied for a [medical marijuana] card because of the difficulty of getting medication,” Cats-Baril said.

The department noted in its press release that both Bennington and St. Albans are “underserved areas” for medical pot patients. The state used a scoring system to evaluate applicants based on factors that included their proposed locations and the strength of their business plans and security precautions.

*Correction, September 26, 2017: A previous version of this story mischaracterized the reason why Vermont failed to approve marijuana legalization legislation.