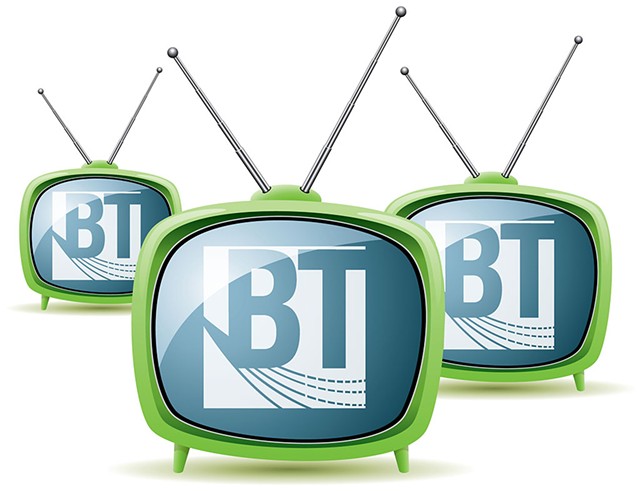 After weeks of secrecy, Burlington city officials on Wednesday announced a plan to allow public participation in the Burlington Telecom sale process. Come next week, key parts of the process — the names of the bidders and their cash offers — will be made public for the first time.

The city will release letters of intent from the four remaining bidders on September 20, and allow nearly four weeks for public comment before selecting a buyer on October 16, Council President Jane Knodell (P-Central District) said at a press conference inside City Hall. A local accountant will also provide an independent analysis of the bids.

The changes will shed light on a process that has thus far taken place behind closed doors.

"This is something we’ve been hoping to achieve for a while now,” Knodell said. “Because we have transparency, we can have some meaningful public participation."

A cross-party coalition of Knodell, Kurt Wright (R-Ward 4) and Karen Paul (D-Ward 6) had hammered out a deal with Mayor Miro Weinberger over the last two weeks, Knodell said.

The city has hired local accountant Jeffrey Small to conduct an independent financial analysis of the bids, including the financial stability of the bidders and the viability of their proposals. Small's report will be made public when it is completed, Knodell said. Earlier this summer, the city also hired legal firm Primmer Piper Eggleston & Cramer PC to oversee the sale.

The city received eight bids for Burlington Telecom by the June deadline and has since narrowed the field to four. For weeks, residents have complained at city council meetings about the secrecy surrounding the process. But Weinberger has said publicizing the bids would make them less competitive, while councilors have said that they were bound by nondisclosure agreements with the prospective buyers.

The council will go into executive session again — on Monday, September 18 — to discuss the final four bids before publicly releasing the details that Wednesday.

“We have been eager all along to see this process opened up,” Wright said. To allow for public comment, Knodell added, the four bidders had to agree to publicize their offers.

The independent analysis will allow the public to have “total confidence” in the process, he said. “We can know for sure what the positives are, what the negatives are, what the strengths are and if there are any critical weaknesses” in each bid, Wright added.

The city has already divulged that two applicants are established businesses and one is a private investor. The fourth bidder is a member-owned co-op, Keep BT Local, which has been public about their effort from the start. The co-op's chances are slim, members of the Burlington Telecom Advisory Board suggested last month.

The four bids already eliminated by the council will not be made public, Knodell said.

During a special city council meeting on October 2, the council will narrow the field from four to two. That vote will be in open session, Knodell said. Public comment will also be open until October 16, the date the council plans to select the buyer. Councilors will discuss the deal individually with constituents, and the city will compile a written record of all submitted comments, Knodell said.

The city must then submit the plan to the state Public Utilities Commission for final approval. Burlington must complete the sale by the end of the year to maximize its share of profits.

The utility's future has been in flux since 2009, when financial mismanagement left the city with a debt of $33 million and a host of legal troubles. Things have improved, though under a deal with Blue Water Holdings, which loaned Burlington $6 million in 2015 to settle a legal dispute with BT's creditor Citibank, the city must sell the utility.

“We’re on the cusp of a successful turnaround for Burlington Telecom,” said Brian Lowe, the mayor's chief of staff.

Alan Matson, chair of the Keep BT Local board, lauded Wednesday's announcement. He and members of the co-op have launched a petition asking the city to keep BT locally owned, and have been handing out yard signs and leaflets to publicize their effort.

“We want the public to know about us, to know about our bid,” he said. They’re still the underdog in the effort, Matson acknowledged, but information will be good for citizens and for the city as a whole.

“The biggest thing is it allows all citizens to engage ... in the process,” he said.