Burlington Teachers on Strike After Negotiations Fail | Off Message 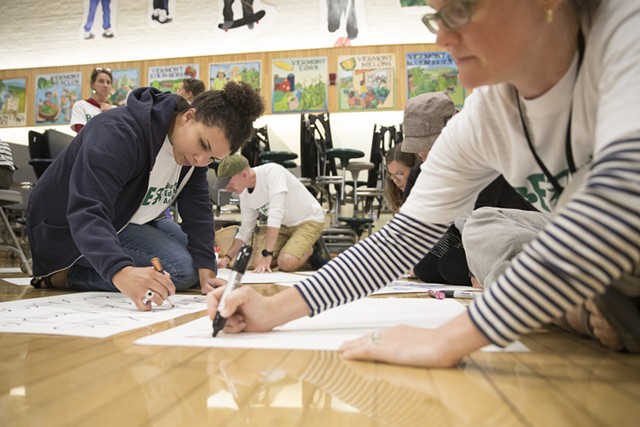 All Burlington public schools will be closed Thursday as 400 city teachers begin a strike.

The announcement came after the Burlington Education Association and the Burlington School Board negotiated for nine hours Wednesday in a final effort to avoid a strike.

The board said the union rejected a three-year contract that offered 2 percent raises each year for an average total raise of $6,000 during the life of the contract. The union said it compromised on some of its salary and health care requests, but not on schedule changes, particularly for elementary school teachers.

The labor dispute will put roughly 3,600 students out of school.

Each side blamed the other for the breakdown.

The board claims it wants to work collaboratively with teachers to address uneven student achievement, but their actions say otherwise, BEA president Fran Brock said in a press release.

A strike originally was scheduled to begin Wednesday, but the sides agreed to negotiate instead. A school board statement said teachers made new demands at Wednesday's session with mediator Ira Lobel.

"The board entered the bargaining session today understanding the primary obstacle to settlement was resolving operational issues at the high school. These issues were resolved early in today’s session. Subsequently the BEA brought additional demands," the statement said.

It's unclear how long the strike will last. The two sides barely averted a strike last year and ultimately agreed on a one-year contract. But the board imposed working conditions on the teachers after an agreement this year on a new contract could not be reached.