Read All About It: South Burlington Library Plans to Move to the Mall | Off Message

Read All About It: South Burlington Library Plans to Move to the Mall 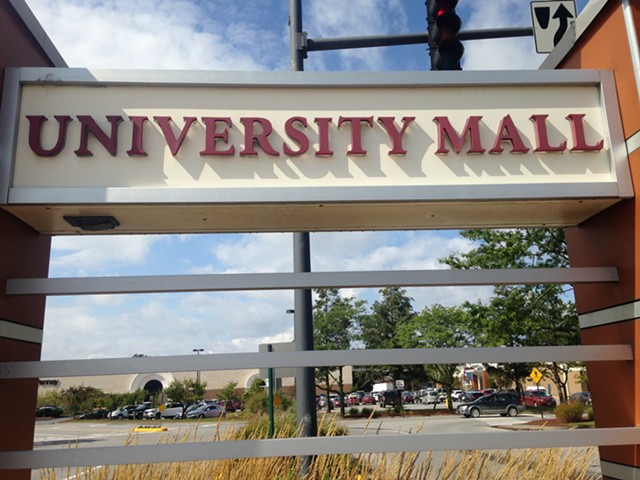 The University Mall will welcome a new tenant this fall — the South Burlington Community Library.

The South Burlington City Council on Tuesday approved a three-year lease for the library to take over an empty retail space in the mall at a cost of $45,000 per year.

It's meant to be a stopgap arrangement as city officials work to raise funds and plan for a new five-story public building intended to house both city hall and the library.

City officials hope to open the mall space in mid-November in a storefront next to the Bon-Ton department store, on the north side of the building near the parking garage.

Books, shelves and library employees will move just a few blocks north on Dorset Street from the library's current digs at South Burlington High School. For several decades, the city library has shared quarters with the school library, an arrangement some viewed as an economical use of space — but others saw as cramped and inadequate.

City Manager Kevin Dorn had been looking for a transitional space for the library since 2013, he said Wednesday, and the mall fit the bill.

"This was the first property that came along that was both convenient, on a bus line and in a known location and was less than what we are paying now for space," Dorn said.

The city pays the school district $62,000 annually for its current arrangement, according to Dorn. The new lease could save the city $17,000 a year, he said.

But that depends on how one sees the calculation. The arrangement between the city and school district could be viewed akin to the city paying itself — since both the school and the library are funded by taxpayers.

Dorn conceded that some might see it that way. Regardless, he said, it's time for the library to "extract" itself from the high school. The mall location might even bring new foot traffic to the stacks, he said.

If voters approve a bond in March, construction on a new municipal building could start later in 2018, Dorn said. The amount of the bond has not been set and is being studied now. Tax increment financing would be used to help pay for the structure.

City officials and residents have talked about a new municipal building for years. It's envisioned for Market Street, not far from the parking area of the Rick Marcotte Central School and in South Burlington's designated City Center.

The mall's future, meanwhile, is uncertain. The sprawling property is in foreclosure; many storefronts are vacant. The former owners, the Finard family, had proposed to redevelop the ailing retail center from classic one-story suburban mall into a multistory residential, retail and office complex with a more downtown feel.

That plan is mothballed, at least for now. The creditors do not intend to make major changes but instead are preparing to sell the mall, Dorn said.

"The Finard family that owned and operated the mall is no longer involved," said Dorn. "It's represented by a special servicer, they are managing the property with an eye toward getting it ready for sale."