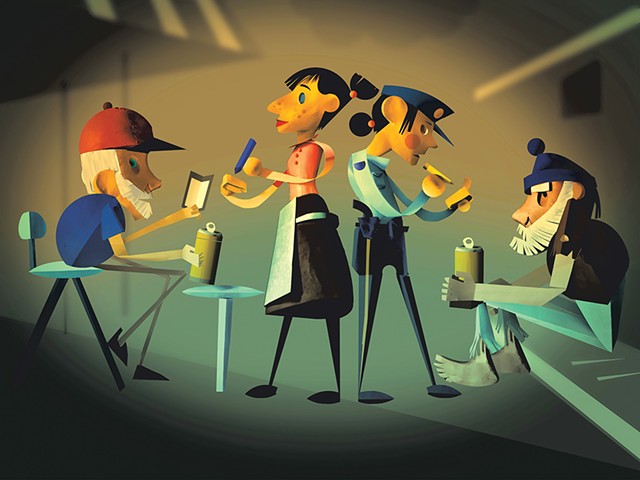 The recent arrest of a mentally ill homeless man in Burlington has prompted questions about the resources available for the city's most vulnerable — and volatile — individuals.

Michael Reynolds was arrested Saturday after he allegedly punched a Burlington restaurant owner in the chest. Reynolds is a familiar face to law enforcement: the altercation at East West Café was Reynolds's 861st documented incident with police since 2011. The 40-year-old transient appeared in court and was back on the street this week.

Police publicized Reynolds' lengthy criminal record in a press release emailed to local media Wednesday with the subject line, "DRUNKEN MAN ASSAULTS BUSINESS OWNER." But the release left out the fact that Reynolds, who's been arrested 117 times, is schizophrenic, according to a relative who lives out of state.

Reynolds' mental illness is obvious, said Mark Redmond, the executive director of Spectrum, a social services organization. Redmond had frequently seen Reynolds shuffling down Church Street, oftentimes talking to himself. Two weeks before Reynolds' latest arrest, Redmond wrote a letter — as a private citizen, not as a Spectrum employee — to the Burlington City Council.

"Why do we, as a supposedly civilized, just and compassionate society, allow [Reynolds], and others in a similar condition (of which there most certainly are) to live in this condition?" Redmond wrote. "Why do we witness his daily suffering, clearly and obviously due to a mental health condition which does not allow him to care for himself at even the most basic level, while also a threat to public safety?"

According a member of Spectrum staff who knew Reynolds, the homeless man had "been admitted to virtually every single residential setting available in the city of Burlington, be that low-barrier, Housing First, with all kinds of mental health and social supports, and rarely lasted more than a day due to his erratic and unsafe behavior which is a result of his severe mental health condition," Redmond wrote in his letter. 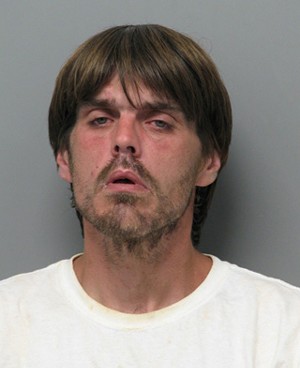 During the month of June, Redmond noted, police dealt with Reynolds on a daily basis. He's been convicted of crimes 31 times and has racked up dozens of tickets for which he owes the city nearly $12,000 in fines and fees.

What Reynolds needs, according to Redmond, is involuntary confinement. The bar for that is high in Vermont, and the number of beds is limited.

The responsibility lies with the state, Redmond noted, to provide more beds and ensure that the resources are available to meet the significant needs of someone like Reynolds.

VTDigger.org reported that 512 Vermonters were involuntarily hospitalized in fiscal year 2016.

"He needs help. A lot of help. He’s not going to get it in prison," Redmond told Seven Days. "He’s been through every kind of community-based setting we’ve got and hasn’t succeeded."

At the city level, two resolutions will come before the Burlington City Council on Monday. One, sponsored by Republican Kurt Wright (R-Ward 4) and backed by Burlington Police Chief Brandon del Pozo, would create criminal penalties for those who repeatedly commit "quality of life" offenses such as open container violations and urinating in public.

The goal, Roof added, is to "bring everyone under one roof" and to ensure that "all the services we have are deployed." Eight city councilors have signed on as cosponsors.

“If we had a just and compassionate society, there would be a place for this young man. But it would not be community based, it would be involuntary confinement," Redmond said.

He predicted an uphill battle: "There are too many people who don't want to hear it."