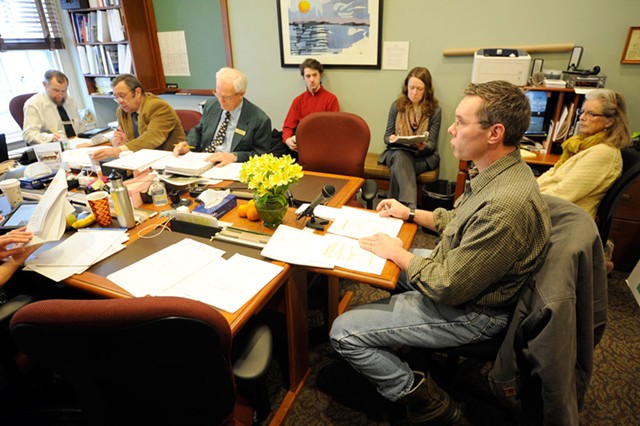 A fake campaign website for Democratic gubernatorial candidate James Ehlers disappeared after complaints about the anonymous site were lodged with the Vermont Office of the Attorney General.

Assistant Attorney General Megan Shafritz said three complaints citing alleged "electioneering" came in Thursday but would not comment on whether the AG's office was investigating.

She also would not say if the AG had any role in the sudden disappearance of the phony site, jamesehlersforgovernor.com.

It portrayed Ehlers, a clean-water advocate, as ineffective and unstable with the motto "Crazy You Can Believe In," and listed the Vermont Psychiatric Care Hospital in Berlin as his campaign address.

Shafritz would not speculate on why the site was gone.

"I can't comment on things that may have happened and what we've done in an investigation. It's not our policy to discuss those details," Shafritz said.

Seven Days columnist John Walters reported earlier this week on the website. State law requires that campaign materials that attack or support a candidate include the name of the person responsible and contact information.

It's unclear what spurred the site's disappearance. Thursday, a prominent disclaimer labeling the site as a parody appeared at the top of the website.

A new post on it derided the Fair Game column, Seven Days, and writer/activist and former Seven Days columnist Shay Totten. Totten subsequently blogged about the website, which was gone by noon Friday.

The complaints to the AG's office were made via email and used largely the same language. The three people who complained are Ken Millman of Spike Advertising in Burlington; Miv London, who identified herself as a Vermont psychologist; and Kristin Mack* of Bennington.

Ehlers said he and his campaign did not file any complaint to the AG.

The broadside reminded him to keep working on the issues that matter to him, Ehlers said. "It's disgusting, really, but motivating for me," he said. The fact that other people complained about the website was inspirational, Ehlers added. "It gives me hope."