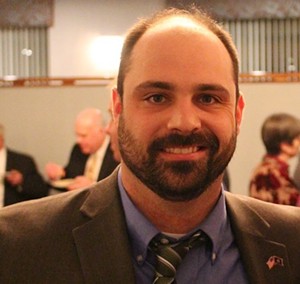 Lawmakers this year established the six-member commission to consider the future of Act 250, the 47-year-old law that governs development.

The House speaker and the Senate Committee on Committees were each directed to appoint three members. Legislation specified that in both cases, the appointees were not to be all from the same party.

The Senate appointees were all elected as Democrats, Degree argued.

Pearson is a Progressive who ran in the Democratic primary in 2016.

Degree acknowledged that Pearson carries both the Progressive and Democratic party labels, but said he technically represents the Democratic Party because he ran in its primary. No Progressive has been elected to the Senate without going through a Democratic primary.

Lt. Gov. David Zuckerman, one of three members of the Committee on Committees, said he considers Pearson primarily a Progressive, because that’s the party he chooses to list first. Therefore, Pearson’s appointment to the

commission follows the directive that members cannot all be from the same party, said Zuckerman, who is also a Progressive/Democrat.

Zuckerman said the three appointees all have experience serving on the Senate Natural Resources and Energy Committee and are well-versed in Act 250 issues. Republicans, including Degree, declined a chance to serve on that Senate committee this year, Zuckerman noted.

Sen. Dick Mazza (D-Grand Isle), the third member of the Committee on Committees, said he’s fine with Pearson being considered a Progressive. He said if Degree wants to challenge the appointments, he should address the committee.

The House appointees meet the requirement that they be from more than one party. Speaker Mitzi Johnson (D-South Hero) said she chose Reps. David Deen (D-Westminster), Amy Sheldon (D-Middlebury) and Paul Lefebvre (R-Newark).