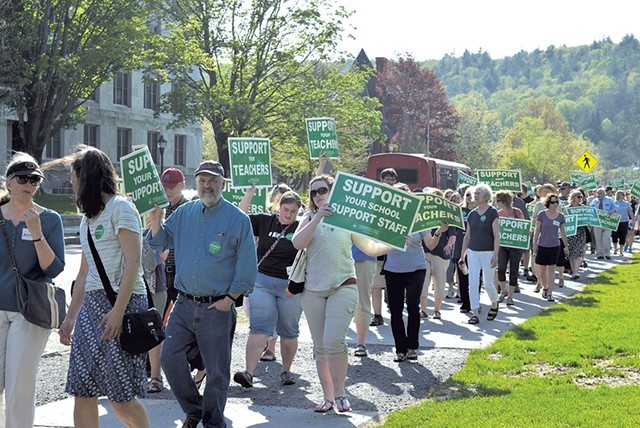 A new commission charged with studying whether Vermont teachers should move to a statewide health insurance contract is taking shape.

Gov. Phil Scott on Wednesday appointed David Provost, executive vice president for finance and administration at Middlebury College, to chair the panel. Provost, a former senior vice president at Champlain College, serves as chair of the Burlington Telecom Advisory Board.

House Speaker Mitzi Johnson (D-South Hero) last week chose Barbara Griffin, a teacher at the Rivendell Interstate School District and a former Vershire school board member, as her appointee to the commission.

The legislature and the governor agreed to create the nine-member commission after deadlocking on the issue during this year’s legislative session.

The Republican governor supported shifting teachers’ health care contracts from district-by-district negotiations to a statewide contract on the premise that a single plan would save money. Legislative Democratic leaders and the Vermont-NEA opposed the plan, arguing that it would violate collective bargaining rights that allow employees to negotiate benefits directly with their employer.

The panel is scheduled to come up with recommendations by November 15.