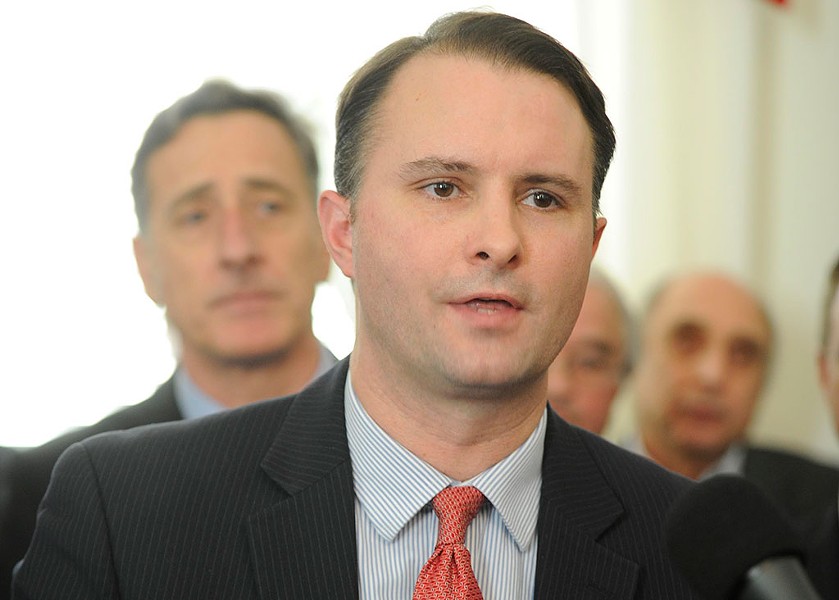 A Vermont Superior Court judge on Thursday dismissed a sweeping claim by the Attorney General's Office that it could invoke attorney-client privilege to prevent the release of public records.

E&E Legal sued the Vermont Attorney General's Office in June 2016 after then-AG Bill Sorrell categorically refused to hand over any documents related to the multistate climate-change investigation. Sorrell's successor, Attorney General T.J. Donovan, inherited the case. In March, his staff argued in court that because the office represents the state, it could invoke attorney-client privilege and only release documents when doing so is in the state's interest.

While such an argument could have broad implications for the state's public records law, Donovan and his deputies later insisted to Seven Days that their office would honor most public records requests.

Teachout denied the state's attempt to dismiss the case on Thursday. In her decision, she wrote that "the public has a legitimate interest in transparency as to some of its undertakings, particularly those of an administrative or operational nature. Thus, while many documents possessed by the Attorney General will be confidential or privileged, [the public records act] cannot be read to reflect legislative intent that all records in the Attorney General's office would be completely exempt."

Teachout also noted that the institute wasn't asking for any actual legal documents. It was seeking communications the attorneys general had sent or received in which they discussed whether or not to publicly share the documents.

"The significance of that decision is that the Attorney General's Office is subject to the public records act," said E&E Legal attorney Matthew Hardin.

Donovan's office did not immediately respond to a request for comment Friday.

Leahy, Sanders and Scott: Ginsburg Should Not Be Replaced Until Inauguration