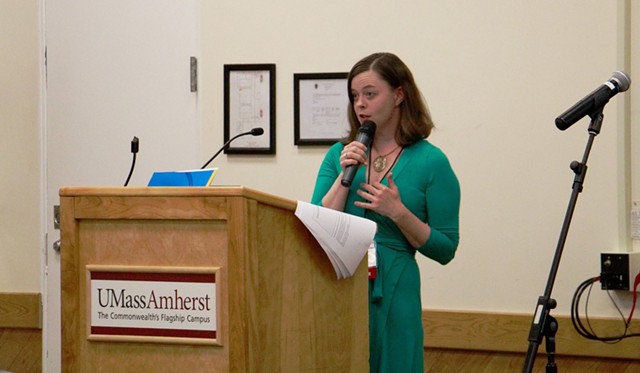 President Donald Trump’s administration has rescinded more than $2 million of grant funding intended for a Vermont nonprofit that is working to prevent teen pregnancy — decimating the group’s finances, according to one of its directors.

The Charlotte-based Youth Catalytics has provided training and research to youth services organizations around the country for 35 years. During Barack Obama’s presidency, the group won a five-year federal grant for pregnancy prevention work that began in 2016 with $564,000 in funding. Earlier this month, the Office of Adolescent Health in the U.S. Department of Health and Human Services informed the organization that it had terminated the remaining four years of the grant — a loss of about $2.25 million.

“Due to changes in program priorities, it has been determined that it is in the best interest of the federal government to no longer continue funding for the Providing Capacity Building Assistance to OAH Teen Pregnancy Prevention Grantees program,” the July 5 letter read.

The news came out of the blue, said Meagan Downey, Youth Catalytics’ director of special projects. “I’m on my honeymoon in Jamaica, and, on July 5, I get this notice that our funding was being terminated June 30, 2017,” she said. “We were given no reason,” Downey went on. “The only change that we know of that has occurred are the appointments of some people who have led efforts to discredit and eliminate these programs.”

The cut to the local organization is part of a more sweeping rescission, according to the Center for Investigative Reporting, which found that 81 institutions nationwide will lose a total of more than $200 million in teen pregnancy prevention grants.

Trump has appointed several Health and Human Services officials who have endorsed an abstinence-only approach to pregnancy prevention and resisted sex education that includes birth control counseling. Among the appointees is Valerie Huber, chief of staff to the assistant secretary for health. That office has not responded to a request for comment.

Youth Catalytics, which reported about $1 million in revenue on its 2015 tax filing, was one of five groups whose grants were pulled at the start of July; most organizations were given one more year of funding, according to the Center for Investigative Reporting.*

Through the now-revoked federal grant, the Vermont organization helped entities that run pregnancy prevention programs for vulnerable youth to improve their communications with teens, parents and other stakeholders. They also helped groups with similar missions share their work with one another.

“We’ve been reeling [and] trying to figure out what our rights are, in terms of questioning this decision,” said Downey. Her organization’s lawyer sent a letter Thursday to the Department of Health and Human Services disputing the legality of revoking of the grant solely on the basis of a “change in program priorities.”

In the meantime? “Our leadership and our board is trying to do everything they can to keep staff on as long as they can,” said Downey.

Within the next couple months, staff salaries will be reduced “across the board,” she noted. The money helped pay 85 percent of her own salary.