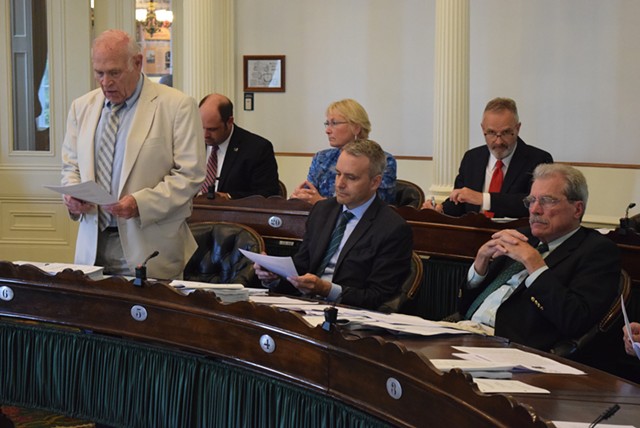 The Vermont Senate passed a bill that would legalize adult possession of up to an ounce of marijuana just after 5:30 p.m. Wednesday.

He assured fellow senators that Gov. Phil Scott has agreed to sign the bill if it reaches him. Whether that will happen remains unclear.

The legislation, H. 511, would legalize possession of up to an ounce for adults 21 or older. Scott vetoed a similar bill earlier this month, but the latest iteration contains several changes his staff sought. Wednesday’s vote came during a special session focused on the state budget bill, which Scott also vetoed.

“We gave more than I would have liked to have given,” Sears said earlier Wednesday as his committee discussed the bill.

The new bill would also establish a commission to study the idea of taxing and regulating retail sales.

At Scott’s request, the new measure makes it a misdemeanor crime for minors who provide marijuana to other, younger minors. Consuming marijuana with a minor in a car would be a crime as well. The bill also broadens the commission to include more of Scott’s appointees.

Even with the Republican governor’s support of the bill, House Republicans appeared unwilling to suspend rules, a necessity to move the bill during the short veto session that began Wednesday. 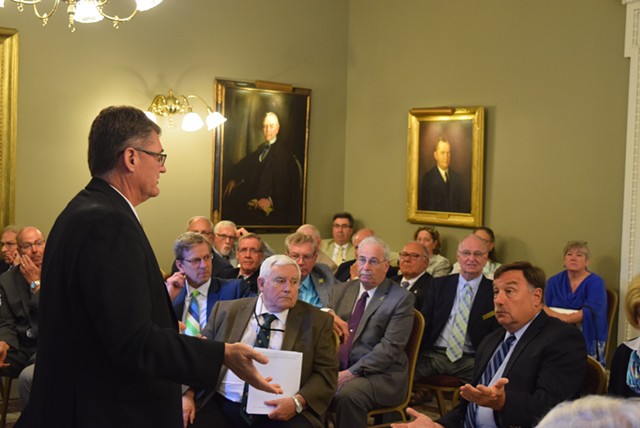 But as of Wednesday evening, House Republicans had not taken a vote on whether to suspend rules, despite meeting for more than an hour to discuss a separate budget compromise bill.

House Minority Leader Don Turner (R-Milton) said his members needed more time to decide. Not suspending the rules would kill the bill until the legislature reconvenes in January.

Sears said even if the measure doesn’t pass this week, negotiations with Scott’s staff have been worthwhile to prepare for passage in January. “We’ll have something of an agreement with the administration,” he said.

But if the bill doesn’t pass this week, the commission meant to study taxing and regulating marijuana would be delayed from starting its work, Sears noted. An alternative option would be for the governor to enact the commission by executive order.