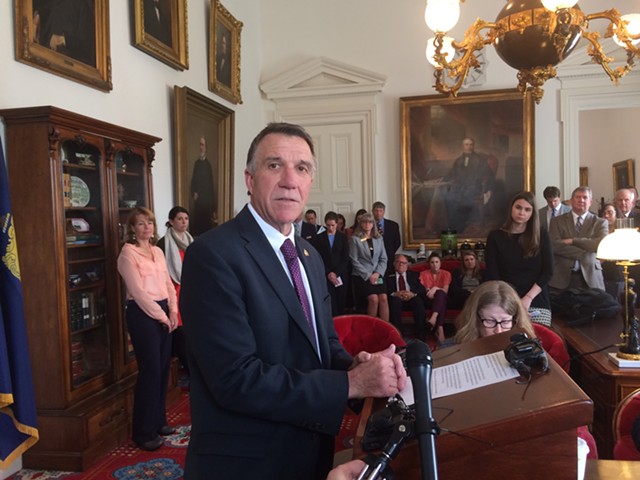 What exactly it is remains unclear.

Lawmakers will return to the Statehouse Wednesday morning to vote a second time on the budget and property tax bills that Scott vetoed June 6. After previously praising the budget proposal, Scott withdrew his support late in the session when lawmakers rejected his plan to save money by negotiating a statewide teachers' health insurance contract. Ashe and Johnson tried to craft counterproposals that would save money without the statewide contract but failed to get Scott's support during last-minute discussions at the end of the session.

Scott administration officials and key lawmakers took a break from negotiations after the legislature adjourned May 19, resuming conversations Thursday. The two sides met repeatedly during the past week, but it wasn't until hours before the entire legislature was slated to return that they reached a deal.

Spokespeople for Ashe and Johnson both said there is "an agreement in principle" with the governor, and Scott confirmed that to reporters at an unrelated press conference Tuesday.

Details of the compromise were scant, however. Officials said that fiscal and legal staff were reviewing the bill and promised to provide more information at a press conference Wednesday morning. The House and Senate are expected to vote on the proposal later Wednesday.

Scott said the deal includes guaranteed savings that would go to state property taxpayers in 2018. "It's many millions of dollars," he said, but not as much as the $13 million he had previously insisted could be saved next fiscal year.

It's still possible the legislature will vote on a revised marijuana legalization bill this week. Scott, who vetoed lawmakers' previous attempt, told reporters Tuesday that his staff and legislative leaders were close to a compromise on that legislation. "I wouldn't be surprised," he said of reaching a deal.