Chief Praises Officer for Not Shooting at Suspect in a Car

Burlington Police Chief Brandon del Pozo is praising an officer who drew his gun but didn't use it as a robbery suspect nearly ran him over on Saturday.

"Burlington is lucky to have cops who exhibit this level of restraint," del Pozo wrote about Burlington Police Cpl. Mike Hemond on Facebook Monday.

The post on the chief's page included a clip from Hemond's body cam of the dramatic chase at College and Lake Streets near the crowded Burlington waterfront. It shows Hemond raising his gun and shouting at suspect Andrew Lavallee to stop.

"The suspect was known to the pursuing officer because he'd previously gone through pains to take him to drug court in lieu of charges," del Pozo wrote on Facebook. "It didn't stop the suspect from nearly running the officer over this time around. Pistol drawn, legally allowed to shoot, the officer held his fire. " 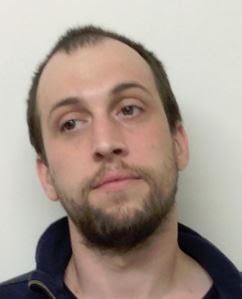 Lavallee was apprehended nearby and charged with assault and robbery, aggravated assault on a law enforcement officer, gross negligent operation of a motor vehicle, and eluding.

He pleaded not guilty and was being held at the Northwest State Correctional Facility in Swanton. Lavallee has 15 prior convictions including possession of heroin, forgery and possession of stolen merchandise.

Many people chimed in with kudos for Hemond on Facebook. "Give him a medal!" one person posted. "Great job BPD," another wrote.

The chief's post raised an issue about use of deadly force and policy on officers firing at moving vehicles — a hot issue in the national policing debate.

Federal guidelines strongly discourage police from firing at moving vehicles because the tactic can kill passengers or bystanders. A suburban Dallas officer who was responding to a call in April about a house party is facing a murder charge for firing into a car while on duty and killing an innocent 15-year-old passenger.

In an interview with Seven Days Tuesday, del Pozo said the situation in Texas is nothing like the one in Burlington. He also emphasized that the officer in Burlington did not shoot.

The car in Texas was driving away from the officer and there was little indication of a crime, he said. The Burlington car was heading for the officer, and the suspect had at least 15 convictions and was accused of an assault and robbery nearby, the chief said.

Lavallee was not armed, but the car he drove posed a potential threat, the chief said.

"If the officer believed that the car could have caused him serious physical injury or death, then he would have been justified in shooting at it. The law's completely clear on that," del Pozo said.

The chief said he wanted to spotlight the officer's response because it was measured and in keeping with recent trainings to avoid excessive force.

"I want to reiterate he would have been justified in shooting at the car but I'm glad he didn't, because my policy says he ought not to if he can do something less dangerous," del Pozo said.

Burlington police policy says that officers can shoot at a moving vehicle only in "extreme circumstances" to protect their lives and the lives of others from what the officers reasonably believe to be "an imminent threat of death or serious bodily injury."

The robbery was reported in a 911 call from 51-year-old Chris Khamnei of Burlington at 3:40 p.m Saturday. He said he had been robbed and assaulted at the corner of Bank and Pine Streets downtown, according to a press release.

Del Pozo told Seven Days that Khamnei had arranged to buy gift cards from the suspect downtown but things didn't go as planned. Lavallee robbed the victim of an undisclosed amount of cash, del Pozo said. The suspect got into a small silver car and headed toward the waterfront. Burlington Police attempted to pull the car over, and Lavallee jumped out and ran. He later got back into the car and was ultimately stopped on lower Main Street, according to the police.