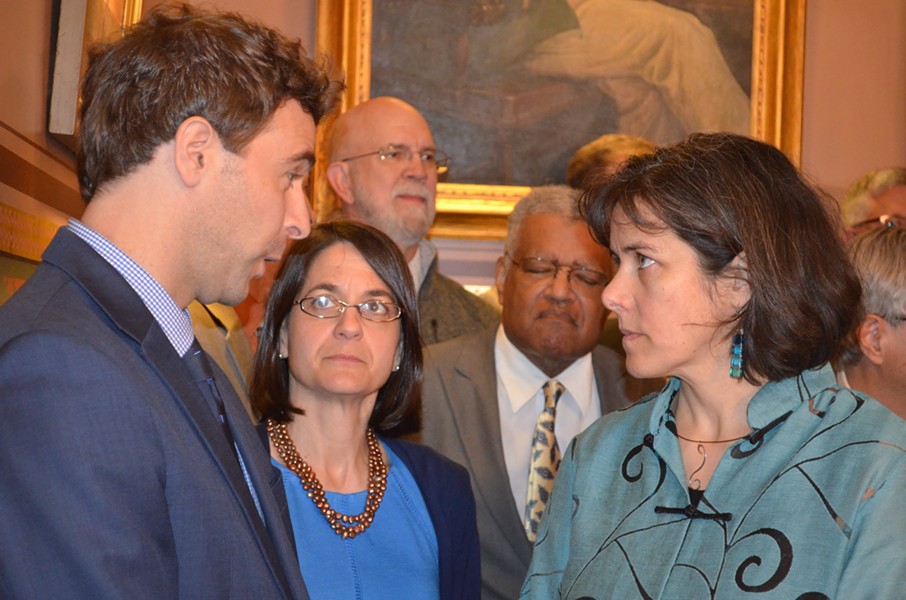 “We have reached an impasse,” Johnson said at a Statehouse press conference. “We’ve really worked to bring as many ideas and compromises to the table as possible, and we don’t have much of a negotiating partner, and that’s unfortunate.”

The announcement came less than two hours after Scott, Johnson and Ashe met privately in the speaker’s office.

After saying he was open to any proposal that would lead to health insurance savings, Scott has rejected several legislative plans that met that goal but didn’t do so through a statewide contract, as he originally proposed.

“I think this wasn’t ever, at its heart, about saving the taxpayers money. It was about really undermining those local conversations and working Vermonters,” Johnson said, referring to the collective bargaining that currently occurs at the school-district level.

So what now? The Senate and House will hash out an agreement between both chambers, pass a budget and see if Scott follows through on his veto threat. If he does, the legislature will likely reconvene in June to once again try to pass something palatable to the governor.

Not for the first time, Ashe criticized Scott for introducing a significant proposal just two weeks before the legislature was supposed to adjourn. “The reason we’re here now still struggling to find resolution is that this very dramatic proposal was dropped with literally days left in the session,” he said.

The governor’s office did not immediately respond to a request for comment.