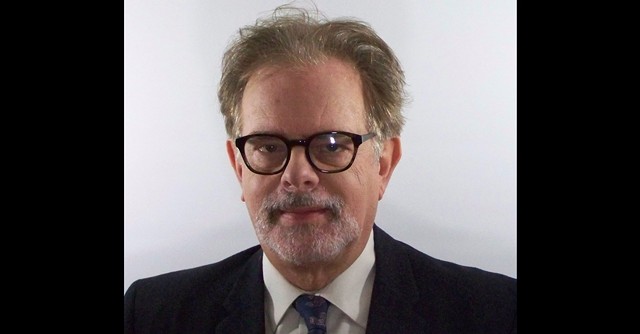 Sad news for consumers of partisan right-wing journalism. The online outlet called Vermont Watchdog appears to be in suspended animation — its future subject to the plans of its distant benefactor.

On March 29, we brought you the story of Vermont Watchdog's new bureau chief, Lou Varricchio, a veteran newsman who had been running the Middlebury-based weekly Vermont Eagle. He joined the Watchdog in January with plans to make the website a serious player in Vermont journalism.

Must be a Seven Days curse. Less than four weeks after the story was published, Varricchio had left Vermont Watchdog and returned to the Eagle. What's more, the online outlet hasn't posted an original story since April 13.

"Watchdog is being reorganized, and I left," said Varricchio when reached by phone at the Eagle offices. He referred me to Watchdog's national headquarters and said, "Beyond that, I can't tell you anything."

Vermont Watchdog was launched in November 2013 by the Franklin Center for Government & Public Integrity, a free-market-oriented nonprofit that's part of a large web of conservative organizations funded by the Koch brothers and other mega-rich donors.

The Franklin Center planned to build a nationwide network of right-leaning news outlets. Including Vermont's dormant site, there are seven state bureaus — a far cry from the projected 50.

The Franklin Center is saying nothing about the future of Vermont Watchdog. When asked for comment, communications director Laurel Patrick said the organization was "restructuring." Beyond that, she referred me to an April 17 press release announcing the hire of a new president at Franklin, Chris Krug.

The new chief is a veteran executive in the news business who currently heads the Illinois News Network, a Watchdog-style website that's a subsidiary of the Illinois Policy Institute, a free-market think tank.

"This is an exciting time to grow the Watchdog.org brand and expand its critical role in keeping government accountable and citizens informed," Krug said in the press release.

Will Krug's plans include Vermont, which would not seem to be an ideal target for the Watchdog "brand" of reporting? Who knows. But it doesn't help when the site is dormant in the closing weeks of a legislative session. The longer it goes without fresh stories, the harder it will be to revive the site.