Protesters Rally at the Statehouse Over Climate Issues | Off Message

Protesters Rally at the Statehouse Over Climate Issues 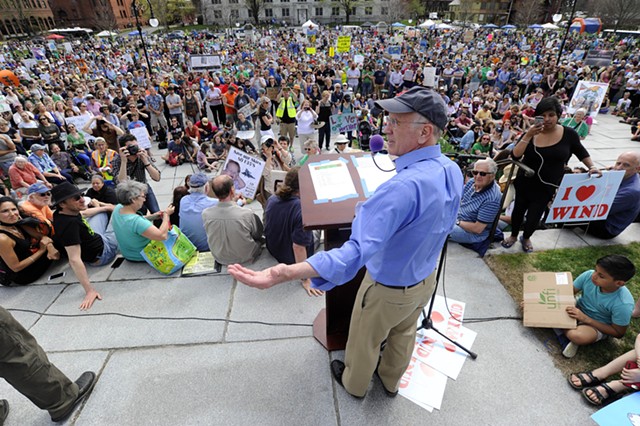 Thousands of protesters converged at the Vermont Statehouse for a spirited rally held Saturday in solidarity with the climate march in Washington, D.C.

Protesters filled the Statehouse lawn to hear speakers from groups around the state rail against the environmental policies of President Donald Trump. Protesters displayed their positions in signs such as "Climate change is real," "There is no Planet B," and "Frack you Pruitt," a reference to Trump's Environmental Protection Agency chief, Scott Pruitt.

"Donald Trump, take a look at Montpelier," cried Congressman Peter Welch (D-Vt.) when he took the podium. Clean energy sectors such as solar create jobs, Welch said, saying that Trump's policies are not only wrong, but are "plain stupid."

It was Sen. Bernie Sanders (I-Vt.), though, who got the biggest reaction from the crowd. People pressed forward when he hunched over the podium, and many took cellphone videos of him.

"Our message today is simple and straightforward," Sanders said. "We will fight Donald Trump, who thinks climate change is a hoax. We will fight the head of the EPA, who is trying to dismantle virtually every environmental regulation that protects our air, our water and our food." His comments drew raucous cheers.

Sanders added, "We will fight the fossil fuel industry, which is more worried about their short term profits than the future of this planet."

He called for a transformation of energy systems from fossil fuels to renewables.

A coalition of environmental, faith and activist groups organized the event, which coincided with the climate march in Washington, D.C. There, the Washington Post reported, tens of thousands of people gathered to protest on a sweltering day.

Slideshow Images From the Climate Protest in Montpelier 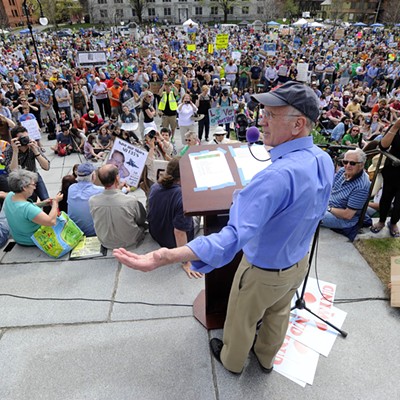 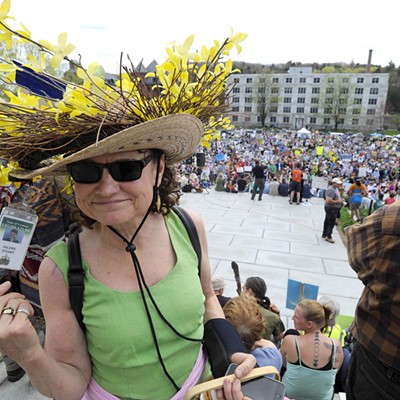