Senate Confirms Lunge for the Green Mountain Care Board | Off Message

Senate Confirms Lunge for the Green Mountain Care Board 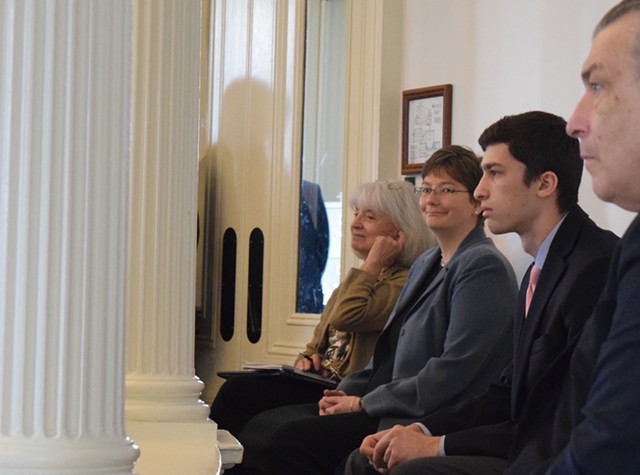 Without a word of debate Thursday, the Senate unanimously confirmed the controversial appointment of Green Mountain Care Board member Robin Lunge.

"This is a good coming together of the majority and minority of the Senate," said Senate President Pro Tempore Tim Ashe (D/P-Chittenden).

Lunge was appointed to a six-year term on the board that regulates health care in Vermont in November by then-governor Peter Shumlin. She had served since 2011 as his health care reform director.

But Shumlin's staff apparently never sent the appointment paperwork to the Senate, which by law is charged with confirming the nomination.

That prompted Shumlin's successor, Gov. Phil Scott, to question the validity of Lunge's place on the five-member panel. He suggested restarting the appointment process, through which he would likely have chosen someone else.

Lunge sat in the Senate gallery Thursday morning as members passed a resolution acknowledging the paperwork was missing but that Shumlin's intent was clear. Even minority Republican senators agreed that dissent over the nomination would only be harmful.

Afterward, Lunge expressed relief. "Of course" she had been worried about losing her job, she said.

Scott contended that those unhappy with Green Mountain Care Board decisions could challenge them in court, based on Lunge's appointment. Lunge said the board's lawyer is confident that won't happen.