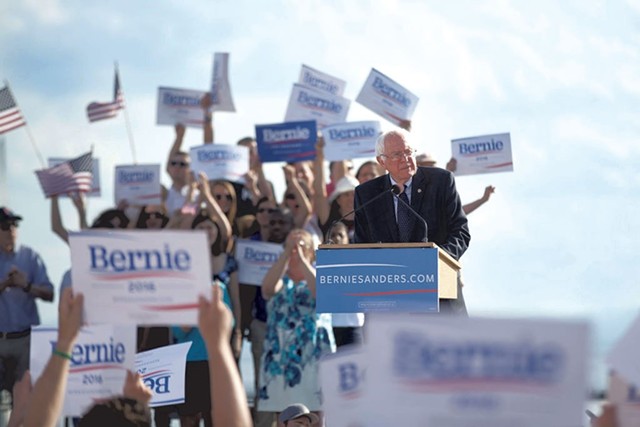 Nearly all of the $215,694 Sanders brought in came from individual donors, many of whom hail from outside of Vermont. Sanders, who eschews contributions from most political action committees, received $6,093 from two PACs: The League of Conservation Voters PAC, which supports environmental causes, gave $1,093, and the America Works PAC, which is affiliated with Sen. Sherrod Brown (D-Ohio), contributed $5,000.

More than 18 months before he faces reelection, Sanders has already accumulated $3,877,831 in his political war chest. That money could also be transferred to a presidential campaign fund, should he decide to run for the White House again in 2020.

The junior senator's expenses this quarter, which total $127,931, also underscore the fact that he's still in national campaign mode, nine months after losing to former secretary of state Hillary Clinton in the Democratic primary. He paid $32,500 for website and fundraising services from Revolution Messaging, which ran his lucrative digital fundraising operation during that race.

The jetsetting won't slow down anytime soon: In a recent fundraising email, Sanders asked supporters to donate to his Senate "reelection campaign" to pay for him to continue to bring his message to areas "often ignored by Democrats" — namely, outside Vermont. Leahy, whose current six-year term ends in 2022, raised $81,485 during the past three months. Of that, 91 percent came from people, as opposed to PACs. He spent $92,509 — most of which, $50,000, went to the Democratic Senatorial Campaign Committee, which assists candidate nationwide. By the end of the quarter, Leahy had $1,942,897 remaining in his campaign account.

In contrast to his Vermont counterparts, 97 percent of Welch's haul came from PACs. He raised a total of $28,095 — $27,250 of which came from special-interest groups. 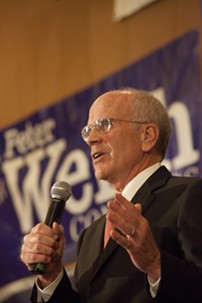