The Man Who Built Bolton Valley Resort Buys It Back 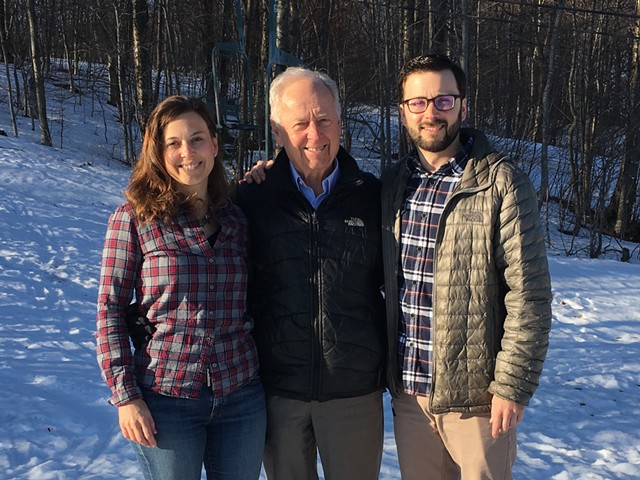 The DesLauriers family — including patriarch Ralph, who founded the ski area in 1966 — has bought back the resort.

The purchase ends 10 years of ownership under developers Doug Nedde and Larry Williams, who owns the commercial real estate company Redstone. Terms of the deal, announced Friday, were not disclosed.

“When I built Bolton Valley back in the ’60s, I made it my mission to give every Vermont child the opportunity to ski,” Ralph DesLauriers said in a news release. “We established after-school programs where kids could take the bus up after school and learn to ski — and tens of thousands of kids all over Chittenden and Washington counties have learned to love skiing at Bolton Valley. It’s one of the things I’m most proud of, and it’s that same family centered mission and love of Vermont that’s driving me and my kids back into this business.”

The management group, including resort president George Potter, will stay on to oversee day-to-day operations, according to the announcement. The new ownership company includes DesLauriers, his son Evan and daughter Lindsay, along with a group of local investors.

Ralph DesLauriers sold the ski area in 1997 and it subsequently changed hands at least five times.

The new ownership group envisions a major revitalization, with “plans to update and renovate the property, restore summer amenities and enhance customer service,” according to the announcement. “People love Bolton because it’s a great place to bring your family. It’s a safe, self-contained and affordable place to ski,” Evan DesLauriers said in a statement. “Growing up, we could ski the whole mountain as kids and our parents never worried. We don’t want to change any of that.”