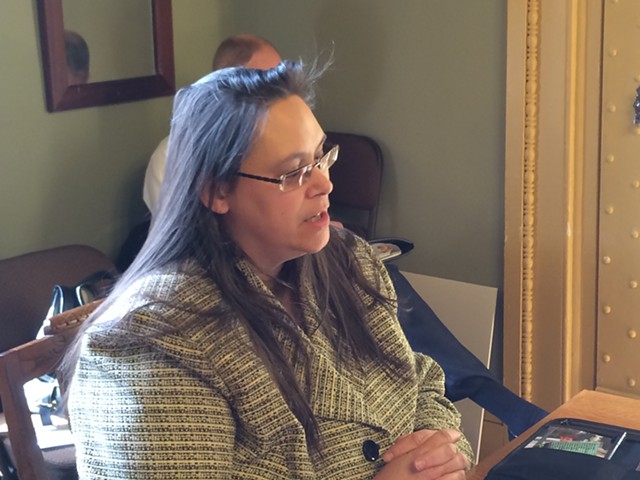 Gov. Phil Scott announced Thursday that he will keep Lisa Menard in charge of the Department of Corrections.

Menard, who began her three-decade DOC career as a correctional officer, had been serving as acting commissioner since Scott took office in January. Former governor Peter Shumlin named her commissioner in October 2015.

Menard supervises an agency that has more than 1,000 employees and a $157 million budget.

“Lisa has demonstrated incredible leadership and professionalism heading the Department of Corrections, and I am pleased to have her join our team as commissioner, where I’m confident she will continue to serve the department and the state well," Scott said in a prepared statement.

Among Menard's first tasks will be finding a home for more than 250 Vermont inmates currently held out-of-state because the DOC has run out of prison beds. The state currently contracts with the GEO Group to hold inmates in a Michigan facility. But that contract expires in June, and GEO has announced it will not renew the contract.