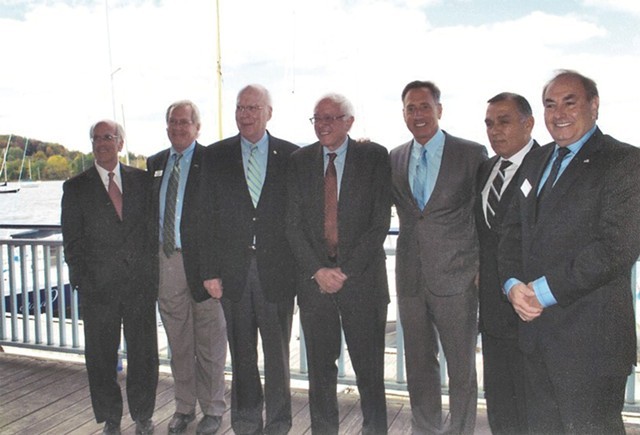 The Scott administration announced this week a new process for expediting release of records from the Jay Peak fraud case. The former operators of Jay Peak are accused of defrauding investors under the federal EB-5 program, which allows foreign nationals to get American green cards in exchange for investing in qualifying development projects.

VTDigger.org, the online news service, has been pursuing the release of related documents for years, and has faced delays and rejections from state officials. The Scott administration has promised a fresh approach to public records requests — but there are significant limits.

“I think it’s good news that the governor wants to release more records on EB-5,” says Anne Galloway, VTDigger founder and editor. “The bad news is, it would appear that an awful lot of information could be withheld on the grounds of attorney-client privilege and the work product rule.”

The work product rule blocks disclosure of materials prepared in preparation for possible litigation. Think of it as an extension of attorney-client privilege.

Former Jay Peak owner Ariel Quiros faces a federal fraud case, and both Quiros and his former business partner, Bill Stenger, are being sued by the state of Vermont. The court cases are likely to take years to resolve. Quiros’ federal trial won’t even begin until September 2018.

The Scott administration’s disclosure plan was developed in consultation with state Attorney General T.J. Donovan. It calls for the Department of Financial Regulation to follow the discovery process in the state’s civil suit. As state documents are provided to the defendants, the state will file motions with the court seeking public release. If the court approves, the documents will be released.

Sounds good, but the devil is in the details — and in the professional obligations of judges and lawyers. Donovan repeatedly refers to a “balancing act,” which injects a measure of subjectivity into the process. One person’s balancing act is another’s thumb on the scale.

“I believe in transparency. I believe I have a reputation for being transparent, for releasing documents when I can,” Donovan says.

You can almost hear the “but.”

“You need to balance the public’s right to know against the very legitimate concerns about protecting privacy and ensuring the right to a fair trial.”

Which makes it sound, to the layperson, like the most damning documents are the least likely to be released.

Donovan’s predecessor, Bill Sorrell, didn’t have the greatest track record on public records. He had his own battles over disclosure of communications related to campaign finance law, and Galloway notes that Sorrell’s office was notorious for obstructing public records requests.

Donovan retained several attorneys from Sorrell’s staff, including Bill Griffin, who infamously decided that VTDigger would have to pay $200,000 for costs associated with a single public records request — with no guarantee that material would not be withheld or redacted to the point of incomprehensibility.

Griffin now works alongside Sarah London, former chief counsel to governor Peter Shumlin. She was widely seen as unfriendly to the media and an obstructionist on public records requests.

Donovan’s response to questions about the balancing act boils down to “Trust me.”

“There have been concerns articulated to me by members of the media. I take them to heart,” he says. “And I think that at the end of the day, it’s all about relationships. It’s about trust.”

Donovan can’t acknowledge the right to know without immediately pivoting to the competing rules of his profession.

“But you can never do it in a way that would jeopardize the case or someone’s right to a fair trial. Those are competing interests, and you have to take them on a case-by-case basis.”

Which is why Galloway and many others, including Secretary of State Jim Condos, have called for a state ombudsman.

“I believe attorney-client privilege has been abused by the Shumlin administration and the attorney general’s office,” Galloway says. “We need an independent third party to ensure that the law is being implemented properly.”

Donovan agrees in principle, with a sizable “but” attached.

“I am not opposed to the ombudsman idea,” he says. “I think funding is an issue, obviously, and scope.”

He repeated that cycle three times. He’s fine with an ombudsman, but funding the position would be difficult.

Of course. But we’re not talking millions of dollars here, and the state always seems to find money for priorities. Just as an example, take Scott’s desire for $750,000 for marketing the state of Vermont, even though there’s no proof that state marketing programs actually accomplish anything.

If we can find $750,000 for an unproven program, can’t we find a couple of hundred thousand for an office that could go a long way toward making government operate in the public interest and restoring the public trust?

What’s the cost of the current system, which leaves room for doubt about the intentions of state officials with possible conflicts of interest?

One small cost is a journalist’s pessimism.

“I’m not sure we’ll ever know how much the Shumlin administration was involved in EB-5,” says Galloway.

By extension, none of us would ever know.