Not So Fast: Opposition to Appeal Burlington Town Center Permit | Off Message

Not So Fast: Opposition to Appeal Burlington Town Center Permit 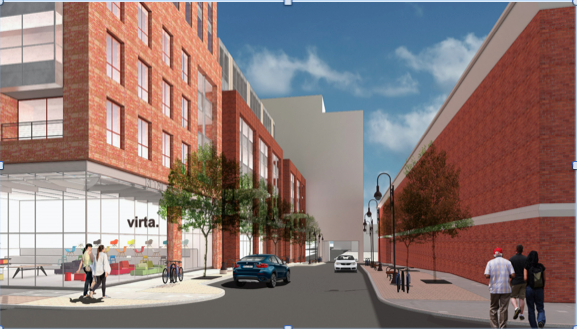 Just as soon as the Burlington Town Center received the go-ahead from the Development Review Board Monday night, the opposition group Coalition for a Livable City announced that it would appeal the decision.

Burlington Attorney John Franco, who represents 57 Burlington residents who oppose the project, said Tuesday that he will file a challenge to the zoning permit by mid-April.

Franco said this latest appeal is not merely a Hail Mary effort to halt the development. He ticked off a laundry list of complaints, including the setup of proposed parking lots and the impact of the project on local businesses.

They're issues that have been "completely overlooked by the media," he said. Franco compared the project to putting "a size-14 foot into a size-10 shoe," a reference to the 14-story towers included in the project design. "This thing is going to be a disaster," he stated matter-of-factly.

Mayor Miro Weinberger called the DRB approval "a major milestone for the project."

In an interview with Seven Days on Tuesday, he took the subsequent news of the appeals in stride. "It is neither frustrating nor surprising to me," said Weinberger, who has thrown his support behind the project. "Many if not most of our projects in Burlington have an appeal ... I understand that this is part of the process."

Following the board's decision, developer Don Sinex told reporters that construction of the $250 million project could begin as early as June.

Not if Franco and the coalition have anything to say about it.

Franco's DRB appeal would mark the third challenge put forward by the coalition to oppose the multiuse development. Monday, Franco sent a request to the area Act 250 coordinator arguing that the 14-story development should in fact be subject to an Act 250 review.*

The initial ruling on whether the project qualifies for the Act 250 exemption should be finalized within six weeks. "It's pretty straightforward," said Keibel. But, "If it's appealed, all bets are off for how long it takes."

Franco is also representing the Coalition for a Livable City in an ongoing lawsuit challenging the validity of a $21.8 million tax increment financing measure that voters approved in November to help fund the project. The city is seeking to dismiss that suit.

"God only knows" how long the dispute will drag out, Franco said. He indicated that he and the residents he represents will fight to the end.

Weinberger and Sinex have suggested that "it's a foregone conclusion and it's a done deal," Franco said. "Nothing could be further from the truth."

*Correction, March 16, 2017: A previous version of this story misstated the status of an Act 250 review of the project proposal.