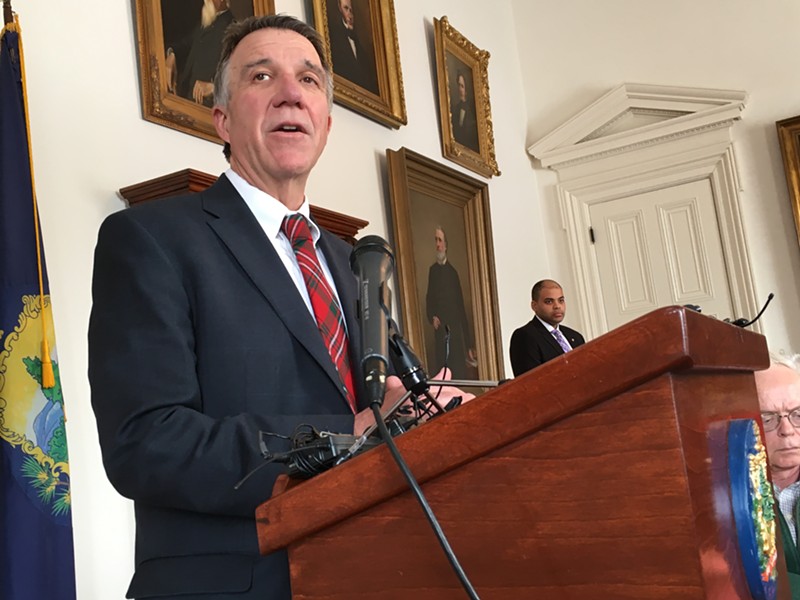 Gov. Phil Scott wants you to vote on Town Meeting Day. He’s not telling you how to vote, but he argued Thursday that if more people participate, the results will more closely reflect Vermonters’ opinions.

“I need Vermonters to get involved because change in Montpelier is sometimes difficult,” the governor said at a Statehouse press conference. “Montpelier needs to hear your voice.”

As next week’s Town Meeting Day approaches, proposed school spending is up an average of 3.25 percent across the state, according to the Agency of Education.

Scott fell short of encouraging Vermonters to vote against any budget that contains increased spending. “I’m not going to ask them to vote them down,” he said.

In fact, Scott said he didn’t know how he would vote on his own school budget in Berlin. “I haven’t looked at it yet,” he said.

Scott’s proposed 2018 state budget depended on getting the legislature to agree to force local school districts to hold spending to this year’s levels. But lawmakers quickly rejected the plan as logistically impossible and possibly unconstitutional.

The big question hanging over the Statehouse as lawmakers reach their mid-session town meeting week break is how much Scott and his administration will work with legislators to build a new budget.

Scott has so far not offered up any budget alternatives, but there are indications he could soon. The governor said Thursday that he thinks there could still be savings on teacher health care costs this year and that seeking level-funded school budgets next year “should be part of the discussion.”

“They said they will have some options,” Fagan said. “They want to see the results of next week’s town meeting votes.”

Rep. David Sharpe (D-Bristol), chair of the House Education Committee, said
he met with Scott on Wednesday for the first time this year. Sharpe said he came away thinking they could find common ground on education savings, particularly on fine-tuning special education spending.

But they likely won’t agree on taking savings from education spending and using it to pay other state government expenses, as Scott proposed, Sharpe said. Any savings in education spending would go to reducing property taxes, he said.

That would leave a $73 million hole in the state’s general fund. House Appropriations Committee chair Kitty Toll (D-Danville) said this week that her panel has filled some of that hole but still has hard decisions to make.

“I’m hopeful they’re going to be a partner in the final product,” she said of the Scott administration.