Montpeculiar: Prepping for the Singularity | Off Message

Montpeculiar: Prepping for the Singularity 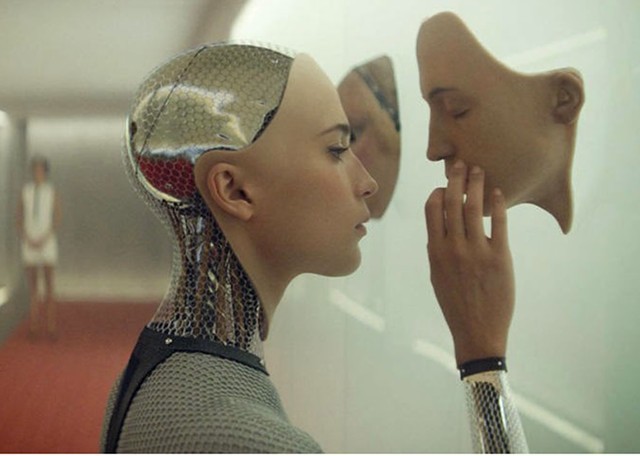 When you’re a state lawmaker and you start talking about “conscious machines” and robots with feelings, well, you’d best be prepared to hear some jokes.

“If you keep track of what’s going on in artificial intelligence, it’s exponential change and it’s unpredictable,” he notes. “So I believe that it would be best to get ahead of the curve.”

Cina (pronounced “chee-na”) has introduced H.378, a House bill that outlines four responsibilities for a state commission. First, fashion a code of ethics for A.I. research. Second, work on a test to determine when an A.I. entity has reached consciousness. Third, explore how the state could increase government efficiency through A.I. And fourth, find ways to promote Vermont as “a haven for the ethical development of artificial intelligence,” he says.

Well, he sparked a reaction from the wise guys at the Vermont Republican Party. Its executive director, Jeff Bartley, took note of H.378 in his latest “Looney Friday” online roundup of, in his view, legislative goofiness from Progs and Democrats.

Bartley didn’t have his fastball that day; he just took a brief, half-hearted swipe at the bill.

“Talk about I, Robot flashbacks,” he wrote. “The purpose of this bill is ‘to create the Artificial Intelligence Commission to support the development of artificial intelligence in the state.’ Seems like a good use of time funded by taxpayers.”

Mr. Bartley, allow me to introduce you to a guy who actually knows this stuff: Josh Bongard, associate professor of computer science at the University of Vermont and, as it happens, an A.I. researcher of long standing.

“I would love to meet with Rep. Cina and talk about these issues,” says Bongard. He says it’s “absolutely” worthwhile to approach A.I. “from a policy point of view and help the public ... understand the dangers and opportunities that this technology poses.”

Bongard does throw a bucket of cold water on some of Cina’s sci-fi speculations.

“My professional opinion is that we don’t need to worry anytime soon about self-aware machines or emotional machines or machines capable of human-level intelligence,” he says.

Still, you never know. “You can’t make blanket statements because we’ve been surprised in the past by advances in A.I.,” he says.

Indeed, about 10 years ago there was a major breakthrough in pattern recognition — a key function of intelligence and a valuable step forward. But on all other fronts in A.I. research, Bongard says, “There’s been little progress in the 70 years we’ve been working on intelligent machines.”

So why do we need to study the ethical implications of research that might not pay off for decades, if ever? Because there’s a lot of middle ground, and we’re beginning to step into it. Bongard compares the ethics of A.I. to current debates on the rights of animals.

“As a society, we’re trying to expand our circle of empathy, and we’re now considering animals and how they should be protected,” he says. “With machines, it’s going to be a similar situation when we get to machines that exhibit all of the properties that animals do.”

Besides, you never know. A foundation in Bristol is trying to develop a machine powerful and adaptive enough to be a vessel for a human being’s entire consciousness. The person’s “mindfile” would then be downloaded into the machine, thus enabling a simulacrum of immortality.

So yeah, we might never see the onset of the robot singularity, but even so … maybe it’s not so looney to consider the policy implications of A.I. research.