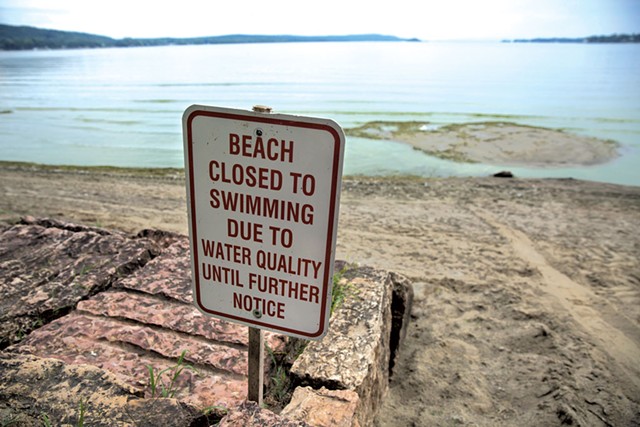 Vermonters and visitors alike would pay more in taxes and fees to help raise $31 million each year to reduce pollution in the state’s waterways, a Vermont House panel proposed Tuesday.

Money from 10 funding sources — including a $10 increase for the annual fee on motor vehicle registrations, a sales tax on marina slip rentals, and 1 percent increases in rooms, meals and alcohol taxes — would achieve that multimillion dollar figure, the Natural Resources, Fish and Wildlife Committee calculated.

The taxes would start in 2019 while the state figures out how to levy a “per-parcel fee” to be implemented in 2021. Such a fee would require property owners of all sizes, as well as tax-exempt organizations, to pay varying amounts annually.

Under the committee’s recommendation, that fee would become the long-term funding source as the state works to meet federally mandated goals to reduce phosphorus in Vermont’s rivers, streams and lakes. In the meantime, the state would rely on existing bonding capacity for the pollution reduction efforts.

The panel voted 7-2 to send the recommendation to the House Ways and Means Committee, which will decide which taxes, if any, to send to the full House.

“It’s going to be a tough sell,” Deen said. “What I keep reminding people is … if you think it’s tough to rent a room with a 1 percent tax, wait until the lake turns green and go ahead and try to rent that room.” Gov. Phil Scott has warned that he will not support any new taxes or fees. His office reiterated Tuesday that he wants to delay decisions about how to raise money — though he has acknowledged the clean water efforts are necessary.

“Making decisions now about the appropriate funding source two to three years away is premature at best,” his communications director, Rebecca Kelley, said in a written statement.

In January, State Treasurer Beth Pearce recommended raising $25 million a year to pay for a portion of the pollution reduction plan. She suggested using existing state bonding authority to pay for the first two years, which lawmakers have embraced while searching for a longer-term funding source.

Deen’s committee considered a wide range of possibilities to bridge the gap before reaching the list of 10 recommendations. The panel briefly discussed, but decided against, a tax on coffee.

The money would go into the state’s Clean Water Fund, with a board determining how it is spent on projects such as wastewater treatment and farm pollution mitigation.