by Sasha Goldstein and Kymelya Sari

Members of Vermont’s legal community are taking issue with a Burlington City Council candidate’s assertion that Chittenden County State’s Attorney Sarah George discriminated against him when she fired him late last month.

The candidate, Abdullah Sall, plans to file a lawsuit against George, who dismissed him shortly after she took office. Sall’s attorney, John Franco, said his client — a black Muslim immigrant from Liberia — “was subject to different treatment than other people in the office who did not share those qualities.”

“That’s just so absurd. Just absolutely absurd,” countered Stacy Graczyk, who served as a deputy state’s attorney from March 2013 until September 2016 and worked with both Sall and George. "If anything, I think all of those things are an asset. As you know, Vermont is ridiculously white. All those things were great to have in an office. You want diversity.”

Graczyk said Sall was not a good fit for the job, which is “sort of like the front line.” Her former colleagues gave Sall many chances, Graczyk said, but after a while, “it was becoming a concern."

Two other members of the Chittenden County legal community — who spoke on condition of anonymity — backed up Graczyk’s story, arguing that Sall’s job performance was lacking.

With Sall, there were “huge errors made on a regular basis,” said one attorney who routinely interacted with the legal assistant during his seven-month tenure in the Chittenden County State’s Attorney’s Office. Sall’s accent — which Franco said was a reason he was fired — was not an issue, the attorney said. As for the firing, there is “absolutely no question in my mind that it was merit-based,” the attorney added.

A third source who worked with the parties involved said, “I did hear a lot of complaints about him.” As for George: “She is fair to everyone. She does not have a bias. She’s by the book.” 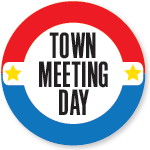 George declined to comment on specifics of the allegation last week because of the expected litigation.

“I would say that anytime an employer has to make a decision, it’s guided by performance, the needs of the office and the law,” she said. “And I followed those principles when making my decision.” 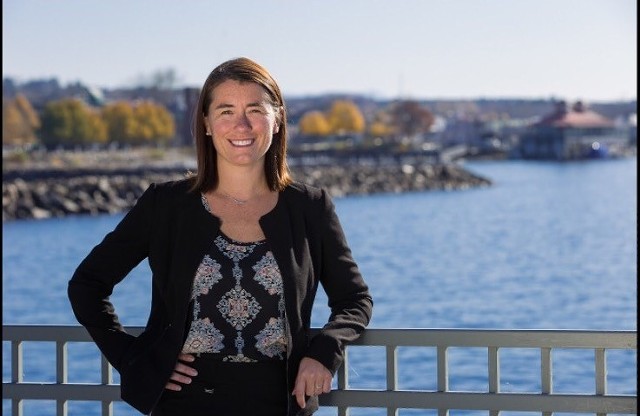 Then-Chittenden County state’s attorney T.J. Donovan hired Sall as a legal assistant in June 2016. The two clicked in the fall of 2014 when Sall was a student in Donovan’s restorative justice class at Community College of Vermont. Donovan says he found Sall to be curious and engaging. He later chose his former student to fill an internship at the state’s attorney’s office before hiring him to the full-time position.

“He needed a foot in the door,” Donovan said in a January interview, before Sall was fired. Sall turned out to be a hard worker, he added.

As a legal assistant, Graczyk said Sall would "get all the phone calls, people coming in, phone calls from the court, the public, police officers, victims,” she said. “You’re sort of fielding, directing traffic, and they have all sorts of other administrative duties.”

The position requires multitasking and can be demanding, according to Graczyk.

“I think at the beginning you make allowances for people because it is a difficult job,” she said. “I think everybody just thought, ‘Well, he’s new. He’ll catch on. Give him some time.’”

There never seemed to be improvement, Graczyk said, and people inside — and outside — the office began to take notice.

"Is he competent for this position? Is it going to work out?” she said. “That front office, when things fall apart in that front office it just wreaks havoc throughout the office — with everything — the court, the police.”

Sall’s job required him to file incoming arrest warrants and send the documents to police, prosecutors and the court.

“Cops would call a week or two or longer later asking what happened with the warrant they sent in, and we’d find they’d never even been sent to the court,” Graczyk said. “Sometimes it appeared he was making copies and then just putting them in a file in the filing cabinet — never having sent them anywhere. This creates a significant liability issue for the office.”

Added Graczyk: “They are still finding missing arrest warrants and files that are supposed to be closed and haven’t been — some six months old.”

Sall was well-liked, she said, but his job performance left much to be desired.

“He’s just a super nice guy, and I think throughout the whole time he was there, these problems that were going on, those of us talking about it, we just felt so bad about it because you really liked him as a person and you felt guilty for complaining about it,” Graczyk said.

Reached by phone Monday, Sall admitted he made mistakes his first week on the job and even his first month, but he denied he ever “sat on any affidavit.” He said no one ever complained about his performance during his tenure. He said he wants an investigation to find examples of things he had done wrong. “Why, if I wasn’t doing a great job, did they only ever tell me ‘You’re doing a fantastic job?’” he asked. “If they were praising me then and now they’re saying I did wrong, they must be a hypocrite, right?”

The state’s attorney’s office is a hire- and fire-at-will office, meaning a termination does not require a drawn-out proceeding. But Franco said Sall completed a six-month probationary period and had not been written up for poor work performance.

Before Sall files a lawsuit, Franco needs consent from the Equal Employment Opportunity Commission, a process that could take months.

“Sure, he may have misfiled stuff,” said Franco. “But the question in an employment case is if the black guy was doing his job any worse than anyone else in the office.”

Sall is currently running for the South District seat on the Burlington City Council under a motto “dignity and transparency.” The independent is facing off against longtime incumbent Democratic Councilor Joan Shannon and Progressive challenger Charles Simpson.

“I know I am the underdog,” Sall said during a January interview. “I have faith in the people of Burlington. They will see beyond party lines and vote for substance.”

Sall wants to bring more transparency to the council, which he described as being “full of people who are too comfortable in their position of power.”

As the city becomes more diverse, he said, it’s important to include different voices in policy making. “I bring experience that none of the council has — the immigrant experience living in liberal Vermont,” he said at the time, suggesting the state is anything but.

In a later interview, Sall misled Seven Days when asked directly about his employment status, saying he still worked in the office. When pressed on the issue last week, he said he was under orders from Franco to refrain from discussing his job as the attorney worked to get Sall reinstated.

After Seven Days reported last week on the forthcoming lawsuit, Sall responded on Facebook to several people who commented about the story.

“I’m shocked to come and read assholes who don’t know me saying shits about me,” he wrote in one reply. “What you need to know folks I was born a free man. I expect to be treated with respect and dignity and I am not to going to take less from hateful men or women at the down street or at workplace.”

Sall’s friendship with Donovan carried over to the campaign trail last year. He never was a paid worker, but he carried a sign supporting the Democratic attorney general candidate during a Fourth of July parade and was “around on election night,” according to Donovan.

“He wanted to help and I was happy to have him,” the AG said.

Donovan won election in November and took his new post in early January.

Sall was fired a week later.

“She was on the job for five working days and she fired the black guy for the job performance that the former boss considered to be adequate!” Franco said.

Graczyk, who now works as an attorney with the state Office of Child Support in Burlington, does not think George discriminated against Sall. Rather, she said, she and colleagues wondered: “Is he being set up to fail by being put in this position?”

“It was a problem that needed to be dealt with. And you knew that whoever was going to be appointed to that position would have to deal with that problem.” She added: “People complained about it.”

Reached for comment last week, Donovan would not discuss the situation because he could be subpoenaed in connection to a lawsuit. He called Sall and George “good people.”

“I consider them friends. I care about both of them,” Donovan said. “I hope this gets worked out.”