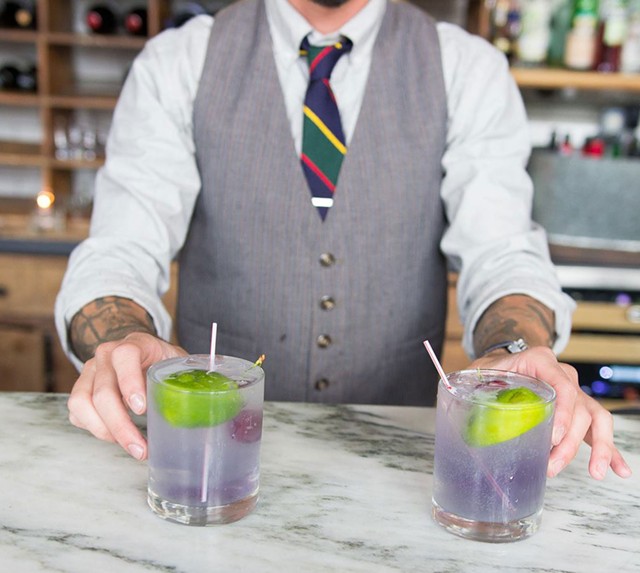 The Pride Center of Vermont will host a town hall meeting on trans issues Thursday in response to a deepening controversy over the name of a gay bar planned for Winooski.

The proposed name, Mister Sister, generated a raft of critical comments over the weekend from people on Facebook who said the name is a slur for trans women.

The debate opened a rift in the LGBTQ community partly because the owner of the proposed bar, Craig McGaughan, is a gay man who has so far refused to change the planned name or meet with the leader of the Pride Center.

McGaughan announced Friday on Facebook that he would close his wine bar at 45 Main Street, Oak45, on Tuesday and would then reopen soon as the area's only gay bar. Burlington's 135 Pearl closed in 2006.

"The LGBT community in Vermont has been missing a place to call our own and through luck, a lot of support and hard work, we have the space to offer that," McGaughan wrote. All would be welcome, but he emphasized: "I also hope those in the LGBT community feel welcome and safe and will find a sense of camaraderie at the new bar."

Initially, Oak45 regulars responded to the post with enthusiasm.

But as word of the name spread, the happy glow faded. Heated posts ensued and people from around New England waded in with comments. McGaughan took some posts down, which upset people further.

Aedan Buchanan, a Burlington resident who identifies as a trans male, won't be going to Mister Sister if it opens with that name.

"If you want to claim that your bar is inclusive to every member of the LGBTQ community, but you want to ignore the voices of the 'T' in that acronym, that's not inclusivity," Buchanan said.

The name is an act of "verbal violence" that was used to belittle trans women, Buchanan said.

His partner, Aspen Kobetitsch, will also boycott the bar if it opens as Mister Sister.

"I think the name is ridiculous and exclusionary," said Kobetitsch, who identifies as a nonbinary trans person and prefers to be identified with the pronouns they and them.

Some slurs get reclaimed — including queer, which once was widely viewed as an insulting way to refer to gay people but is now embraced by many gay rights groups. "I'm aware that language is constantly evolving and things can mean new things," Kobetitsch said.

But the people being marginalized by a term should reclaim it, and in the case of Mister Sister, that would be trans women and not a gay man such as McGaughan, according to Kobetitsch. "It's not his place."

Over the weekend, Josie Leavitt, interim executive director of the Pride Center, asked McGaughan if he would meet with her. He declined, she said.

"Craig and I had some Facebook messages over the weekend that were very civil, and we each expressed our point of view, and I said I would love to meet with you, and he said no," Leavitt told Seven Days.

The name controversy came as President Donald Trump revoked federal guidance under Title IX intended to give transgender students the right to use restrooms that correspond with their gender identity.

It's a tense time for the community, said Leavitt.

She had not found a location for the town hall as of Monday night but expected to have a site lined up and announced Tuesday morning. There are two goals, she said: "Where do we need to do a better job as the Pride Center in supporting the trans community. And the secondary issue is going to be how do we address the bar issue."