UVM Trustees to Consider an On-Campus Arena | Off Message 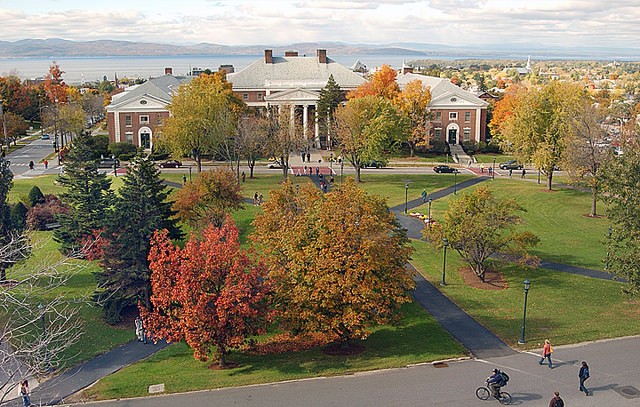 University of Vermont officials will unveil a proposal for an on-campus arena at Friday's trustees meeting.

That comes after both Burlington and South Burlington officials spent at least a year wooing the university to partner with them on competing visions for an off-campus facility.

Now the courtship seems to be over.

"While a final decision has not been made on the municipal facility options the university has been exploring with Burlington and South Burlington, the On-Campus Multipurpose Center appears to be the option that is most financially and programmatically feasible, and the one that best meets the broad array of campus needs for health and wellness, recreation, large campus events, and intercollegiate athletics," said a UVM statement released Thursday.

The proposed facility would be located on the athletic campus.

UVM officials would offer few other details after putting out a statement Thursday. The cost, renderings and scope of the project will be unveiled at an 11:30 a.m. presentation to trustees Friday.

Athletic directors and coaches have dreamed of replacing the 1963 Patrick Gymnasium and the Gutterson Fieldhouse for years. Hockey games in the 4,000-person capacity "Gut" often sell out.

Burlington Mayor Miro Weinberger had proposed the Memorial Auditorium lot on Main Street as a possible site for an arena that could host UVM basketball and hockey games. That option for the decrepit red brick facility, closed because it needs so many repairs, appears to be off the table.

In a statement, Weinberger indicated Thursday that the city will return to the drawing board and issue a request for proposals to improve the Memorial Auditorium block, known as the Gateway Block.

"The city will now move forward over the course of 2017 with our original plan for an inclusive, competitive RFP for the Gateway Block that includes a robust public process," the statement reads. "I congratulate UVM for making a clear and thoughtful decision and wish them good fortune with their plans."

South Burlington city manager Kevin Dorn had been negotiating with UVM for an arena on the site of the University Mall on Dorset Street. That city was in talks with the creditors of the mall, which is in foreclosure, and had ruled out Rick Marcotte Central School as a possible location for an arena, Dorn said.

"I must say that we are disappointed because we put a very high quality proposal on the table," Dorn said Thursday after the UVM announcement.

Disappointed, but not surprised. Dorn said he was informed in late December that UVM was leaning toward an on-campus option.

South Burlington had proposed to partner on a roughly $60 million, 5,500-person capacity multipurpose facility that would have featured UVM as an anchor tenant.

The city would have paid for about $42 million of the cost, mostly by increasing the local options tax from 1 to 2 percent, pending approval by voters and the state legislature.

UVM trustees have considered various proposals for a new arena on campus over the last two decades. In the past they've decided not to go forward after reviewing the potential cost.

If they come to that conclusion again, South Burlington would be willing to renew talks with UVM officials as long as that happens fairly soon, Dorn said. A year from now, he said, might be too late.