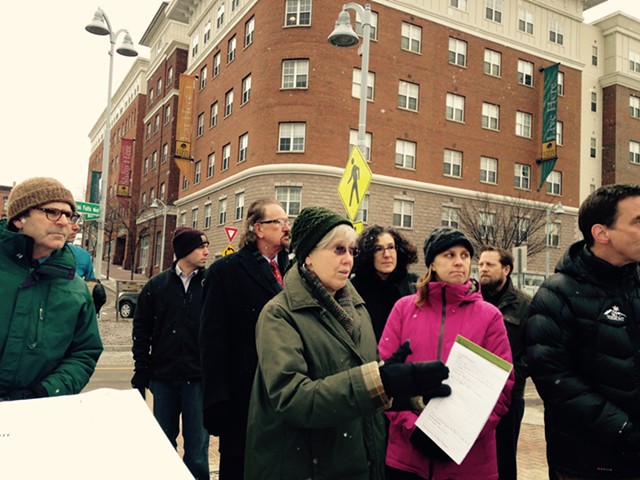 Opponents of a proposed 97-room hotel in downtown Winooski won a round Monday in their bid to block the project, which they say would exacerbate a parking shortage and eat up public park space.

The seven-story hotel, which would sit across from the Winooski traffic circle on Winooski Falls Way, is being opposed on two fronts.

Last week, neighboring property owners that are part of the Winooski Downtown Redevelopment Association filed a lawsuit in Vermont Superior Court to stop the hotel.

Then on Monday, the group convinced a regional environmental commission to hold off on hotel permit review until the court battle is resolved.

A lawyer for hotel developer Adam Dubroff had argued that the hearing should go forward without delay.

The issues brought by the association should have been raised “years ago,” and “not last week,” Nordle added.

But the three members of the District #4 Environmental Commission hearing the case agreed unanimously to grant the motion for a stay filed by the Winooski Downtown Redevelopment Association.

There would be no point in conducting a state permit review when control and ownership of property involving the proposed hotel is at issue in court, commission vice chair Marcy Harding said shortly after the permit hearing began Monday morning in Essex Junction. 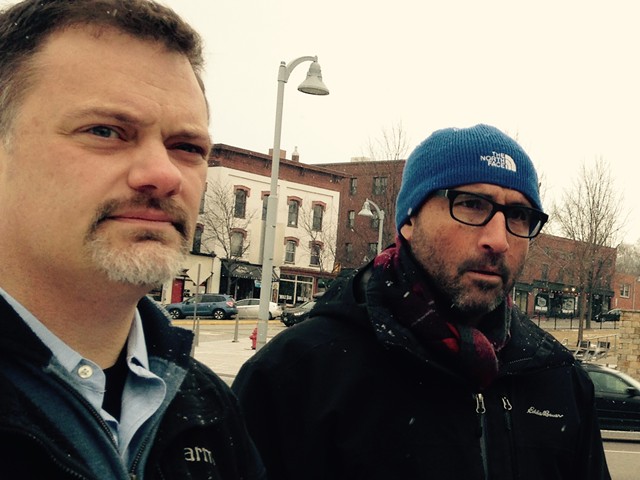 The association is governed by a 2004 declaration of covenants with various provisions related to 11 lots in the downtown district.

They include one owned by Dubroff (Lot 9) and an adjacent, city-owned parcel known as Mill Park (Lot 2).

Dubroff seeks a lot adjustment that would expand his property into Mill Park and allow some of the space to be used as a driveway for deliveries. He needs Act 250 approval for the lot adjustment.

The Winooski City Council has already approved the project and the lot adjustment, and the city is applying jointly with the hotel for Act 250 approval.

The lawsuit filed by the association contends that Dubroff and the city cannot subvert Mill Park for other uses without majority approval of the association under the terms of the covenant. The association voted on December 12 against allowing the hotel use of park space.

The commission’s decision Monday was good news, said Brian Tarrant, co-owner of the Champlain Mill, which sits next to the hotel site.

“My belief is they don’t have any right to take the park,” Tarrant said after the hearing.

The association includes the owners of the Champlain Mill, as well as owners of neighboring properties such as Spinner Place apartments, the Cascades condominiums, Riverrun apartments and the Vermont Student Assistance Corporation.

Members have said the hotel’s plan to use satellite lots and valet cars to a city-owned parking lot is insufficient.

There’s growing competition for parking in the downtown.

Earlier this year, students who live in Spinner Place apartments faced losing their slots in the city-owned garage, according to Diane Finnigan, a property manager for HallKeen Management, which owns Spinner Place. Now a new arrangement is being crafted to allow them to park in the garage, and the problem appears to be resolved, she said.

A handshake with the city sealed the previous agreement back when the garage was mostly empty, said Finnigan, who is also president of the Winooski Downtown Redevelopment Association.

“It was never in writing because no one ever thought that Winooski would have a parking problem,” she said.

The association has tried to work with the city on issues surrounding parking and the hotel, but has been unsuccessful, Finnigan added.

It’s unclear how long it will take to resolve the court questions.