After Trump Order, UVM Warns Some Students Not to Leave the U.S. | Off Message

After Trump Order, UVM Warns Some Students Not to Leave the U.S. 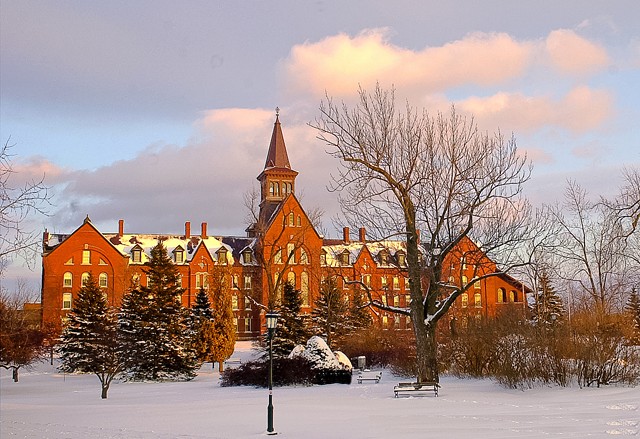 Don’t travel outside the U.S. for the next 90 days.

That’s the advice University of Vermont President Tom Sullivan is giving to members of the campus community who have visas from Libya, Yemen, Somalia, Sudan, Syria, Iran or Iraq.

President Donald Trump’s controversial executive order on immigration bars citizens of those seven countries from entering the U.S. for 90 days.

Sullivan is apparently worried the order could make it hard for UVM students and staff to get back into the U.S. should they leave. Sullivan emailed the campus community on Sunday.

“We are not aware of any UVM students, faculty or staff who are
nationals from the seven countries included in the recent presidential
executive order who are outside of the United States and are unable to
return,” his email read.

But, Sullivan continued: “We do know of fewer than two dozen people from those countries holding valid visas who are currently on campus. We are advising them not to travel outside of the United States at least during the 90 days of the order.”

Sullivan pledged to monitor the situation and to “vigorously support and protect members of our university community to the maximum extent allowed by the Constitution and federal and state laws.”

Meanwhile, a job applicant from one of those seven countries had planned to come to Burlington for an interview at Champlain College, but was barred from doing so by the executive order. The prospective faculty candidate for a position in the Division of Information Technology and Sciences has been advised that he would not be permitted entry to the U.S., according to a statement from Champlain president Donald Laackman.

“We regret that talented individuals are not afforded the opportunity to join Champlain’s community because of national origin — or any other reason associated with their identity,” Laackman said.

A spokesman for Champlain declined to offer further information about the job applicant, citing privacy rules.

Representatives from Norwich University and Saint Michael’s College said they were not aware of any students or staff directly affected by the executive orders.

St. Michael’s College said it held a meeting Monday for students, faculty and staff who had concerns about the order.

“Saint Michael’s College has a long tradition of welcoming students from around the world in our Edmundite tradition of hospitality and seeks to uphold the dignity of every person,” the administration said in a prepared statement. “In the Catholic tradition, we wish to walk alongside all who make up our SMC community and ask that the community be mindful and supportive of our students, faculty and staff members who may feel vulnerable and unsafe in light of the executive order.”