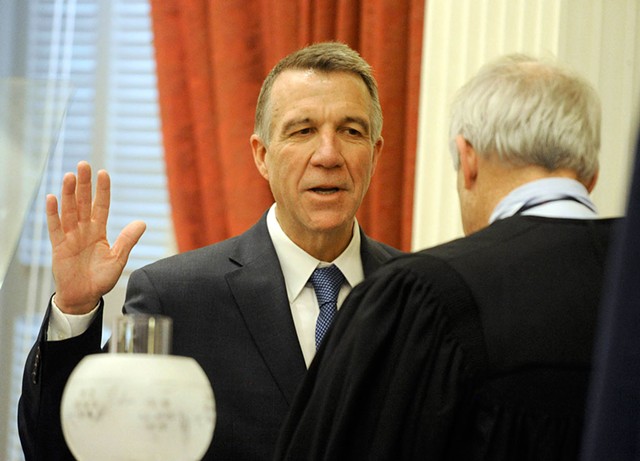 Republican Gov. Phil Scott spent part of the weekend in “a series of meetings” on the subject, according to spokeswoman Rebecca Kelley, “and will be detailing specific actions” on Monday.

In a statement released Sunday afternoon, Scott praised Vermont’s immigrant heritage, from the Europeans of the 19th and 20th centuries to “the Somali, Vietnamese, Bosnian and Bhutanese families” of more recent vintage.

“I’m going to do everything I can to protect the rights of all Vermonters and the human rights of all people,” Scott said. “That includes standing up to executive orders from Washington that cross legal, ethical and moral lines that have distinguished America from the rest of the world for generations.”

Scott offered no specifics as to what kind of action he might take or how he would stand up to executive orders he considers beyond the pale.

The governor is scheduled to speak Monday at a noon meeting of the Rutland Region Chamber of Commerce. Two Syrian refugee families moved to Rutland earlier this month, but a broader resettlement program planned for the city is now in doubt, due to a Trump order indefinitely barring Syrian refugees from entering the U.S. Scott’s office says his speech will “reaffirm his support for Vermont’s immigrant and refugee residents, including the Syrian families who recently made Rutland their home.”

Democratic Attorney General T.J. Donovan, meanwhile, joined 15 Democratic AGs from other states, plus the District of Columbia, in promising “to use all of the tools of our offices” to fight an order they called “unconstitutional, un-American and unlawful.” They also expressed confidence that the order “will ultimately be struck down by the courts.” 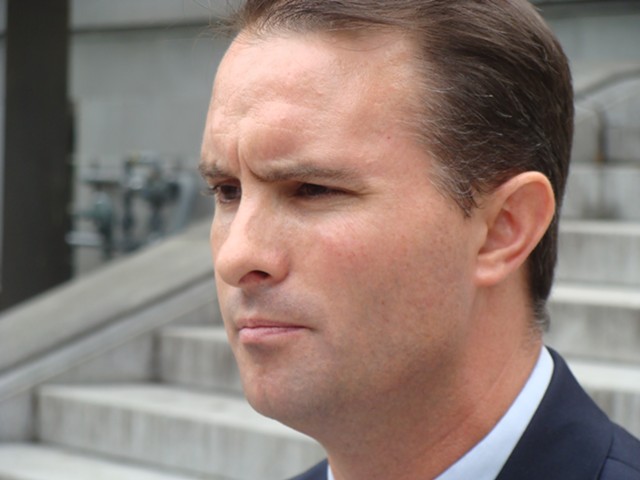 A Donovan staffer said the AG was traveling Sunday evening and would not be available for comment until Monday.

There is room for state officials to take action, according to Jay Diaz, staff attorney with the American Civil Liberties Union of Vermont. He cited three key steps.

Diaz is a member of Donovan’s newly created task force on issues related to immigrants and the law. The panel has barely begun its work, but Diaz identified some areas to explore.

“We want to look at the issues of information sharing, immigrant privacy, and detainers,” he said. “However, the AG can also immediately adopt the state’s model fair and impartial policing policy, which the AG’s office has not done yet.”

On Friday, Vermont’s three members of Congress issued a harshly-worded statement deploring the Trump order, which they derided as a victory for “fear ... over compassion and common sense.” Sens. Patrick Leahy (D-Vt.) and Bernie Sanders (I-Vt.) along with Congressman Peter Welch (D-Vt.) noted that immigrants and refugees “have enriched America and contribute immeasurably to our state.”

The joint statement concluded, “If our state of Vermont, and in particular cities like Burlington, Winooski and Rutland want to open their arms to refugees and asylum seekers, President Trump should not stand in their way.”

Tom Sullivan, president of the University of Vermont, issued a statement Sunday saying the university’s Office of International Education has been “providing guidance and support” to international students, scholars and employees. It’s unclear what Trump’s order means for student visas and green card holders from the banned countries.

Sullivan added that the OIE is advising members of the UVM community who are affected by the Trump ban to refrain from travel outside the U.S. for 90 days, since they might be barred from returning. He added that the university is “carefully monitoring the situation” with an eye toward protecting “the well-being of all of our students, faculty and staff.”