“The airport will continue to administer the program until we bring it to an end,” Richards told Seven Days Tuesday.

The resolution does little more than create anxiety for neighbors who want to sell, he added.

About 100 homes have been demolished already and another 39 are eligible for buyouts under the program. It’s designed to allow residents to escape high levels of airport noise, which is expected to increase when F-35 jets arrive sometime in 2019 or 2020. Richards said the airport is committed to the Federal Aviation Administration program and will follow the rules. He said he plans no action in response to the resolution, at least at this point. 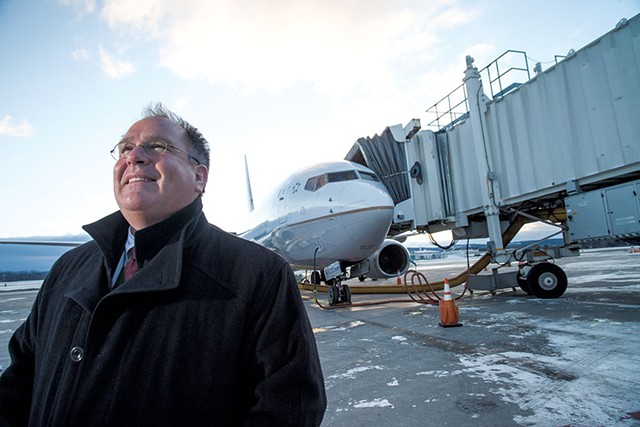 Ultimately, it’s up to the FAA. The resolution asks the agency to undertake a new noise study and meet with the council by February 7 to discuss the purchase of the homes, the land acquisition program and other matters. The South Burlington City Council passed the resolution in a contentious 3-2 vote after hours of heated testimony and discussion.

The airport is owned and managed by the city of Burlington but is located in South Burlington, creating a fractious relationship. Leaders of the two cities have fought about taxes, noise and zoning — as well as the years of home demolitions.

Flattening the homes decimates the tax rolls and the availability of affordable housing, some South Burlington councilors argue.

Richards said the airport’s goal is to move away from home purchases and shift to home insulation. But in the short term, he said he plans to look past the resolution and continue to help neighbors who qualify for the latest round of buyouts and want to sell.

“We just feel so bad that they are being put through this,” Richards said.