Montpeculiar: State’s Attorney by Week, Waitress by Weekend | Off Message 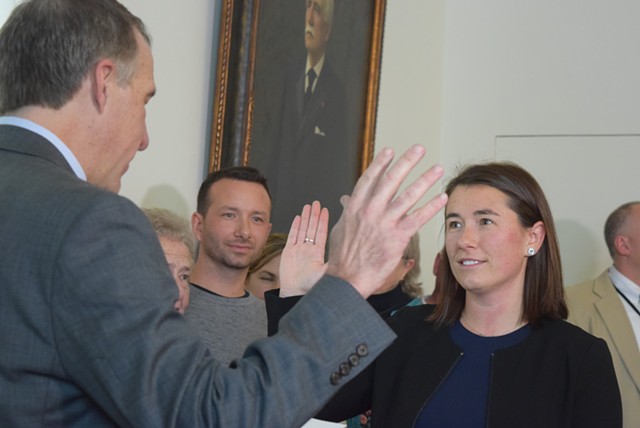 Sarah George, newly sworn in as the head prosecutor in Vermont’s largest county, said Friday that she likely will curtail her part-time weekend job as a waitress. But she probably won’t give it up entirely.

George, 33, of Monkton, has been working since she was in graduate school as a waitress at the tony Simon Pearce restaurant in Quechee, 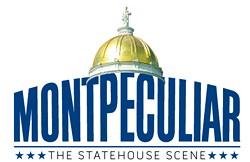 near where her parents live.

In 2013, George testified before a legislative committee that she needed the waitressing job to make ends meet. She told lawmakers that she earned more working part-time at Simon Pearce than the $42,490 she made as a deputy state’s attorney. She was speaking on behalf of an effort to unionize deputy state's attorneys.

Gov. Phil Scott swore George in as Chittenden County state’s attorney at noon Friday before a large gathering of family, colleagues and legislators who were ignoring the simultaneous presidential inauguration.

Scott appointed George after T.J. Donovan left the job to become Vermont’s attorney general in January. George had worked in Donovan’s office since 2011, her salary climbing to $59,509 last year.

The new title comes with a higher salary — Donovan’s was listed at $105,914 last year. So George might not need the Simon Pearce gig to pay the bills. But she said she plans to keep working tables, though perhaps not at the 20-hour-a-weekend pace she has been.

“I certainly won’t have to work there every weekend,” she said, but she noted there’s a payoff beyond the financial.

“I think being a waitress makes me a better lawyer,” she said. “Social skills, people skills and talking to people from all walks of life. I go down there and I meet hundreds of people on weekends who are coming from all over the country.”

George said she plans to run for the office when her term is up in 2018. She acknowledged that living in Monkton she’s not a resident of Chittenden County, which is not required for the job, but she said she’s shopping for land there.

Either way, it’s about an hour and half drive to Quechee.