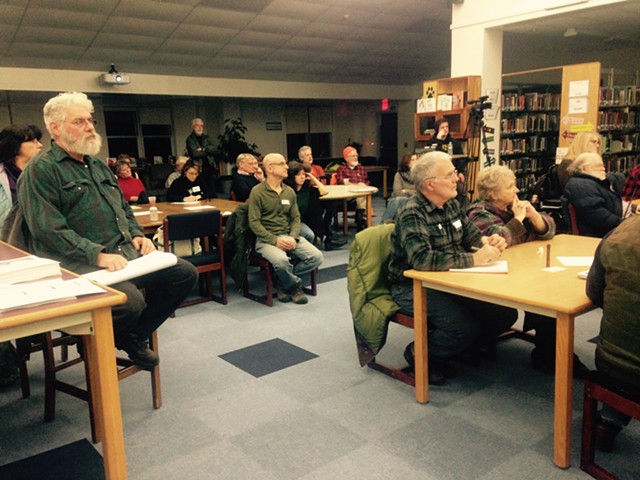 Vermonters are divided when it comes to wrangling suburban sprawl. That appears to be one of the takeaways from the narrow defeat Tuesday of zoning changes in Jericho that were intended to keep strip development at bay.

In the days leading up to the vote, residents participated in a flurry of debate about the rules online. And then voters rejected the new zoning 493-485 in a special election. The vote means that the rules, which the selectboard adopted in November, are voided and the town reverts back to its former zoning regulations.

That’s a good thing, according to critics of the changes who saw them as nanny-type meddling with land use.

“I don’t like people telling me I can’t have a clothesline, that sort of thing,” said Patrick McCarthy, who said he voted no. He said he also worried that the zoning would make the town less affordable for newcomers and stifle developments such as senior housing. 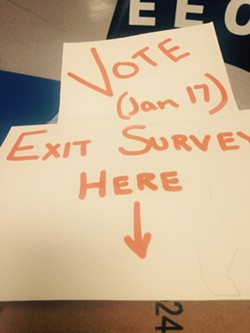 “When you say you don’t want sprawl, are you saying that you don’t want other people to have the opportunity to enjoy the community you’re in?” McCarthy continued.

He spoke Tuesday night in the lobby of Mount Mansfield Union High School, where voting took place, and where the town’s planning commission held a workshop on commercial zoning as the polls closed at 7 p.m.

The selectboard had voted to adopt the changes November 3. No public vote was required. But critics wanted the whole town to weigh in, and gathered signatures of 10 percent of registered voters in order to force Tuesday’s vote.

One zoning change reduced the allowable maximum size of buildings in the town’s commercial district from 60,000 to 30,000 square feet, and to 12,000 feet outside the district. Another amendment forbade most parking in front of commercial buildings, pushing it to the side of and behind buildings to avoid strip development.

Jericho, population 5,000, sits in the shadow of Mt. Mansfield and has maintained a rural flavor even though it’s a commuter town. It has so far not sprouted the big box stores of neighboring Williston but has begun to feel pressure from chain stores with a smaller footprint.

Bill Schulte said he voted yes on the zoning amendments out of concern about strip development. “I wasn’t very happy when the Dollar General store went in,” he said.

The ubiquitous chain discount store opened a 9,000-square-foot store on Route 15 in Jericho in 2015.

“I hate it; I will not go in there,” said Elena Bray, who also said the Dollar General contributed to her vote in support of the new regulations.

Few people attended the many public meetings about the zoning changes while the planning commission and then the selectboard discussed them for months. Debate over the changes blew up on Front Porch Forum after the selectboard approved them, though, and the many posts were a reminder that online forums play an increasingly important role in public policy discussions.

“We’re hearing a lot more debate now than we’ve heard along the way,” said Katherine Sonnick, town planning and development coordinator. “That’s one of the frustrations that the town has,” she added.

Selectboard chair Catherine McMains said the board will discuss what’s next at its upcoming meeting on January 26.

The close vote means people are divided, and it’s important to come up with new rules that everyone can live with, she said.

Residents are interested, too. About 40 people showed up for the planning workshop after the polls closed Tuesday.

And nearly 1,000 people cast ballots in the special election. “This was a huge turnout, absolutely phenomenal,” said McMains. “People really care about their community and we need to work off of that.”