Walters: Big Trouble in a Little Caucus | Off Message 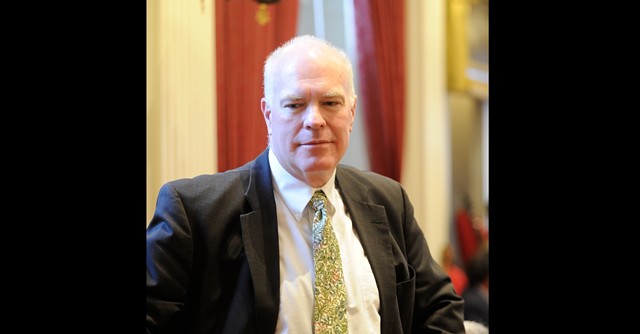 Norm McAllister: the gift that keeps on giving.

Only a few days before the former Franklin County Republican senator pleaded no contest to lewd conduct, his prosecution contributed to a surprise change in Senate Republican leadership. Last Friday, the members of the Senate GOP caucus — all seven of them — voted unanimously for Sen. Dustin Degree (R-Franklin) to serve as minority leader, as VTDigger first reported. He’ll replace Sen. Joe Benning (R-Caledonia).

In the end, the process was collegial; Benning himself nominated Degree, and is clearly at peace with the outcome. “I left the vote feeling like I had 20 pounds of weight taken off my shoulders,” he said. Before that day, however, there was plenty of backstage drama, and there’s disagreement on some key points.

“The foundation, I think, was the McAllister situation,” says Benning. He tried to convince McAllister to resign from the Senate after his 2015 arrest. When McAllister refused, Benning pushed for his removal. That didn’t sit well with McAllister loyalists in the caucus.

“There were folks who weren’t happy with how Joe handled it,” Degree says. “But I don’t think it played a large role in the leadership decision; I really don’t.”

Well, if not McAllister, then why replace a respected leader?

A combination of factors. Benning doesn’t always adhere to Republican orthodoxy, as he showed with his support of marijuana legalization. Some felt that he should have tried harder to establish and represent a unified front.

For some, it was simply time for a change. “You know, we have a new governor, we have a new leadership in other parts of the Statehouse,” says Sen. Brian Collamore (R-Rutland). “And I thought it was a good time for the caucus to reunite, reinvigorate, recreate itself.”

Put another way, it’s easier to fire the coach than the players. “It is inevitable that there’s someone else who feels that they can do it better than you,” says Benning. “That’s just the nature of the position. You wear out your welcome and that’s the end of the story.”

As for the identity of that “someone else”...

Sen. Peg Flory (R-Rutland) departed early from the Benning bandwagon. She was McAllister’s biggest fan in the legislature, and she strongly opposes marijuana legalization. Collamore and Degree are up-and-comers, or see themselves that way; Collamore openly sought the leadership post, although in the end he deferred to Degree.

When you have a caucus of seven, that’s all it takes. If you lose one member, you’re down almost 20 percent. You lose two, the ranks are divided. You lose four, it’s all over.

There are different versions of the timing, as well. Degree says talk began right after the election; Benning puts it a few weeks later.

“I would say early December,” says Benning. As he tells it, he was in a conversation with another Republican senator and made a casual remark that fell flat. “I was then alerted that there was a problem,” he continued in his characteristically understated manner. “When I learned that there was disruption in the ranks, I went around to each individual senator and had a one-on-one conversation about what their particular issues were.”

By then, apparently, it was too late. By Degree’s account, discussions about the leadership post continued through the holidays and afterward. “As the session opened and those conversations began to clarify, Sen. Benning said that he would be very comfortable with me stepping up to the position,” Degree explains. He depicts himself as a reluctant leader; those who have watched his rise through the ranks will interpret it differently.

In purely partisan terms, Degree’s ascent could be a net plus for the caucus. “I’ve worked on three statewide campaigns, worked for Gov. Douglas and spent the last two months helping out with the transition,” Degree says. “So I thought the connections and relationships I’ve built could go a long way.”

And at age 31, being leader of a major-party caucus — no matter how small — is a very showy feather in a young man’s cap.