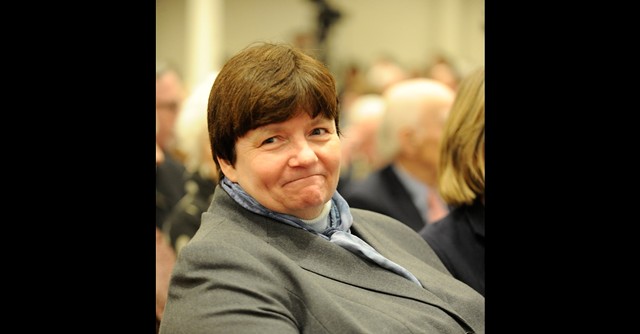 State Treasurer Beth Pearce is still developing a plan to pay for federally mandated improvements to the quality of Vermont waterways. But on Tuesday, she provided a rough outline of the plan to the Senate Appropriations Committee.

“There is a two-year window where we can put sizable money into clean water without raising taxes,” she told the panel. After that, she said, new revenue would be required. Her suggestion for a long-term funding source will be included in her full proposal. And she warned that the funding “can’t be ‘catch as catch can.’ It has to be a stable funding source for 20 years.”

In 2016, the legislature asked Pearce to prepare a funding plan to meet federal mandates under the Clean Water Act. Her plan is due by Sunday, January 15, and she predicts that her team will be working up to the last minute before releasing her report.

Pearce told the committee that the estimated cost of the project is at least $60 million per year. That includes all contributors: the state, local governments and the private sector. Pearce is aiming for $25 million a year in the first two years — without raising new revenue.

That’s quite the coincidence. It jibes nicely with Republican Governor Phil Scott’s promise not to raise any taxes or fees. If Pearce wasn’t a Democrat, one might be inclined to suspect politics at work.

Well, some do anyway.

“This feels very political to me,” says James Ehlers, firebrand executive director of Lake Champlain International, an advocacy group. “Why are we putting this off for two years? This is a critical situation for public health, the environment, tourism and the economy. In purely economic terms, the Vermont brand is at stake.”

Ehlers says the “scuttlebutt in the hallways” is that Pearce will propose taking advantage of unspent state bonding authority for the first two years. “That’s all well and good,” he says, “but that wasn’t the charge of the legislature. The charge was to find a long-term funding source.”

A very different take comes from Chris Kilian, director of the Vermont chapter of the Conservation Law Foundation, whose lawsuit forced the federal government to crack down on Vermont. He sounds like someone who’s still working within the system and trying not to make enemies.

“The winds seem to be blowing in the right direction,” he says. “The two-year ramp-up makes a lot of sense as long as there are revenue streams that could be used to get us moving on this.” He says the CLF has been advocating “for some time” for the use of unspent bonding authority as a way to get the larger project off the ground.

He adds that with a new governor just getting settled, “the broader question … is not ready for prime time.”

It’s a matter of expectations, really. Ehlers expects Vermont’s political leadership to temporize, unsuccessfully. “You can’t negotiate with nature,” he says. “Nature doesn’t compromise. The longer we put this off, the higher the cost will be.”

Kilian, meanwhile, is “hopeful overall,” and willing to give the new governor the benefit of the doubt. “We’re going to evaluate the Scott administration by its actions, and we are going to work as hard as we can to keep this effort on course.”

The eyes of many in and around Montpelier will be fixed on their digital devices as the clock ticks toward midnight Sunday, waiting for Pearce to release her report. Think of it as the Beyoncé album for policy wonks.

Senate President Pro Tempore Tim Ashe (D/P-Chittenden) promised Pearce he’d be glued to his computer screen, clicking refresh over and over again until her report hits his inbox.